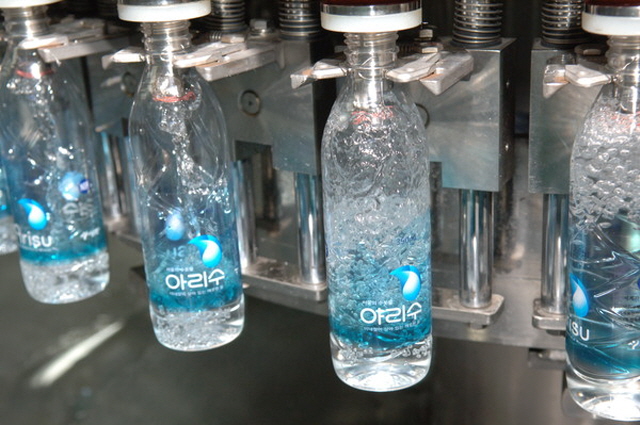 SEOUL, Oct. 28 (Korea Bizwire) — How delicious is the tap water in Seoul, known by the name Arisu, and how different is it from the bottled water sold everywhere from convenience stores to large retailers?

When comparing Arisu with the top two bottled water brands in the market, there was no difference between the two.

The comparison was done in a blind test, and subjects had difficulty distinguishing between bottled and tap water. Seoul Waterworks Authority is conducting blind tests around Seoul from until Thursday.

At the test venue, the test subjects were given Arisu and water from two popular bottled water brands, of the same temperature and quantity, to compare.

The test subjects were asked to taste the water and answer a survey.

There were some differences, but considering the margin of error, Arisu is treated virtually the same as the bottled water that is often chosen on the market.

The survey results or the participants’ answers can be summarized to the extent that “it is not easy to see the difference between the taste of the Arisu and bottled water.

Although test subjects have failed to pick Arisu out, despite the usual negative perceptions, subjects are not likely to drink Arisu on a daily basis.”

“In the end, improving how we perceive Arisu is the key,” said an official at the authority.

“The purpose is to let people know that blind tests clearly showed that there was no difference between Arisu and bottled water, rather than telling the public that Arisu is the best.”