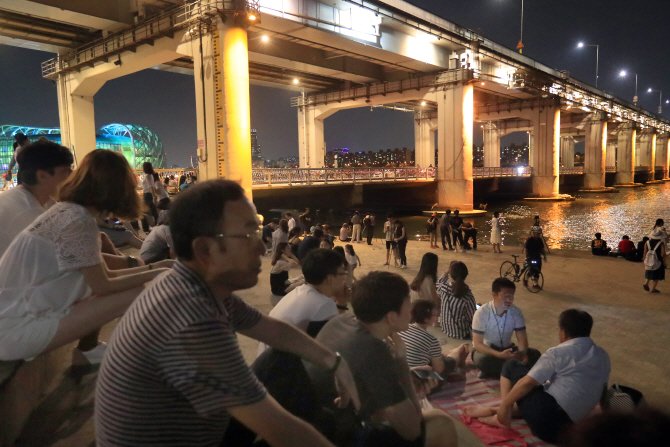 It marked the highest nighttime lows since the weather agency began to compile related data in 1907.

Seoul’s daytime temperature reached 37.9 C Thursday, lower than the record 39.6 C on Wednesday, but its nighttime lows Thursday were higher than the previous day.

Seoul citizens have been dealing with tropical nights for 13 consecutive days as the country has been gripped by an unprecedented long heat wave for weeks.

Other than the capital, some other cities, including Incheon, west of Seoul, logged record-breaking nighttime lows Thursday.

“In most parts of the country, extremely hot weather will continue Friday as daytime highs are expected to go above 35 C,” the weather agency said.

According to the Korea Centers for Disease Control & Prevention, 2,799 people suffered from heat-related ailments from May 20 to Aug. 2, 35 of whom died.

Heat exhaustion was the most common ailment with 1,526 cases reported, followed by heat stroke and heat cramps with 700 and 271, respectively, it said.