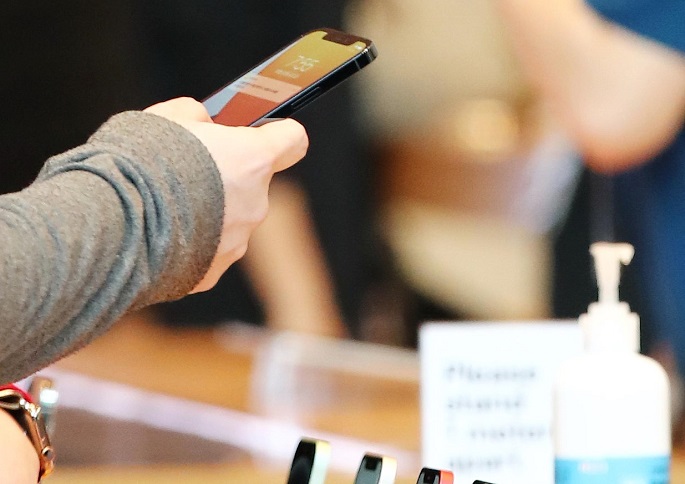 NHN KCP Co. recently posted “Apple Pay Accepted” on its website before taking it down soon after.

“We mentioned Apple Pay only to illustrate that our kiosks are compatible with NFC payments. It has nothing to do with Apple Pay being introduced in the country,” company said. “We took it down to prevent any confusion.”

Among the 2.9 million stores in South Korea that accept credit cards, less than 10 percent are known to have an NFC device that is compatible with Apple Pay, industry sources said.

With anticipations that the rapid distribution of payment devices with NFC functions will determine Apple Pay’s success, the simple payment industry is closely monitoring the situation.

In the U.S., Apple Pay already has a “tap-to-pay” system in place, which allows a customer to pay simply by tapping his/her iPhone against the store owner’s iPhone, raising complaints that South Korea might be too late to respond to Apple Pay’s offensive.