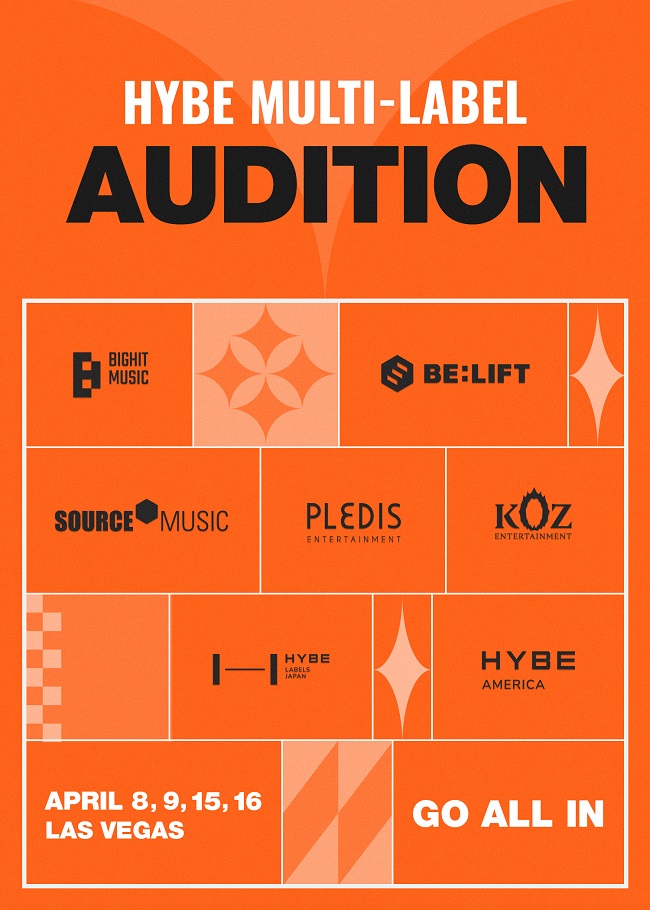 This photo provided by Hybe shows a promotional poster for Hybe Mult-label Audition, the first joint audition by seven music labels under Hybe. The audition is scheduled for April 8-9 and 15-16 in Las Vegas.

SEOUL, March 21 (Korea Bizwire) — Seven music labels under the wing of Hybe, home of K-pop groups such as BTS and Seventeen, will hold their first-ever joint audition in the United States next month, the company said Monday.

It will be the first joint audition by the seven labels.

Hybe expects global talents, including those in North America, to actively participate in the audition.

Anyone aged 11-19 can apply regardless of gender in three categories — vocal, rap and dance, according to the company.

In Las Vegas, BTS is scheduled to attend the 64th Grammy Awards on April 3 and four concerts before a live audience at Allegiant Stadium on April 8-9 and 15-16.

“Young talents to be discovered in the audition will get a chance to grow to be global artists with help from experts in Hybe Labels who have world-class capabilities,” Hybe said in a release.