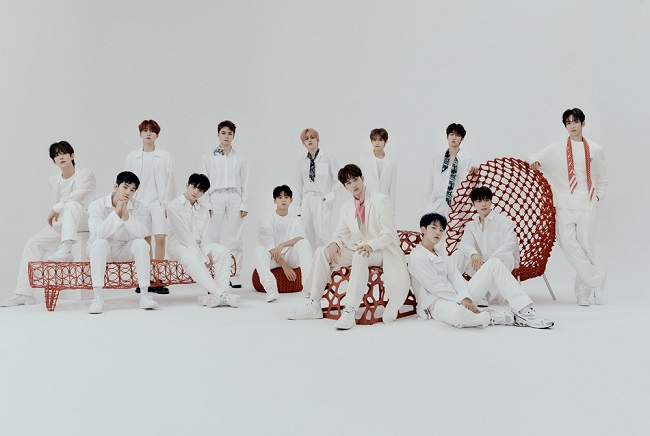 “24H,” the 13-member boy group’s second Japanese EP record, ranked at No. 1 on Oricon’s weekly album chart for the week of Sept. 7-15, according to Pledis Entertainment. The album was released on Sept. 9.

Seventeen took the top spot on the Oricon weekly album chart with all of its previous releases — EP records “You Made My Dawn” and “Heng:garae,” as well as its third studio record “An Ode,” all of which were Korean-language records.

According to Oricon, Seventeen was the first non-Japanese international male artist to achieve a fourth-consecutive win on the weekly album chart.

Along with the lead track of the same name, “24H” consists of four Japanese tracks, “247,” “Chilli” and “Pinwheel,” and the Japanese version of “Together,” previously from Seventeen’s seventh EP “Heng:garae.”

Pledis also announced that group members Joshua and DK will be featured in the remix track of American singer-songwriter Pink Sweats’ “17″ scheduled to be released Wednesday (Korea time).

Pledis said the remix will offer a different unique charm from Pink Sweats’ original track thanks to the added vocals from Joshua and DK.