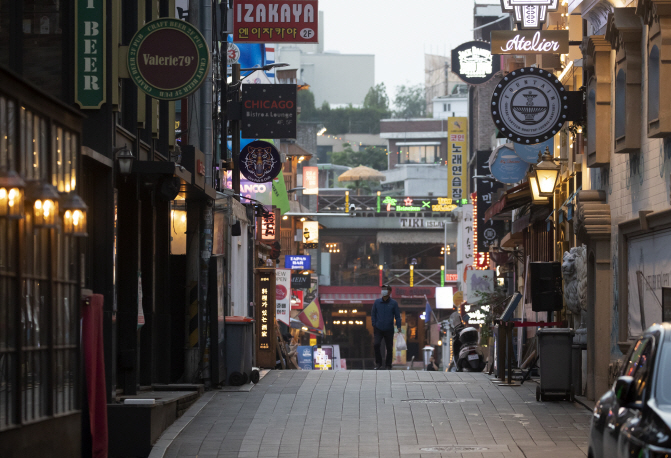 SEOUL, June 9 (Korea Bizwire) — Sexual minorities are facing social discrimination, hatred and isolation following a mass outbreak of the coronavirus in Itaewon that began on May 7.

An individual referred to only as Kim, who visited a club in Itaewon and tested negative for the coronavirus on May 12, talked of his recent struggles at the workplace.

“My colleagues at work constantly ask me if I’ve been to the club, and keeps me under a suspicious watch. I sometimes find them talking behind my back,” he said.

“I was under so much pressure that I kept my protective mask on at all times. Now I feel uncomfortable talking to my colleagues.”

Some people expressed anxiety on social media over the risk of ‘outing’.

“Ever since people got to know about the app used by gender minorities, some people are deliberately installing the app to see who’s a sexual minority,” said an individual referred to only as Park, who also tested negative for the coronavirus after visiting a club in Itaewon.

“Everyone was shocked and scrambled to take down their profiles.”

Community leaders are asking the public not to believe in stereotypes that sexual minorities have unusual sexual culture, falsely represented by ‘black homosexual saunas’ and ‘jimbangs’.

“I want to walk in the park at night holding my partner’s hand, just like any other person,” Kim said. “People need to think about why so many sexual minorities ended up at those facilities in the first place.”

“Sexual minorities are facing stereotyping and stigmatization as the pandemic drags on,” said Lee Jong-geol, head of Chingusai, a civil group for LGBT rights.

“The current situation does not allow for a civil movement to support sexual minorities.”

As meetings and assemblies have dwindled following the coronavirus, gender minorities have been further deprived of opportunities to consolidate and depend on one another.

Solidarity for LGBT Human Rights of Korea and other LGBT groups are staying away from holding offline events following the coronavirus spread.

The Queer Culture Festival, held every June since 2000, was also postponed for this year.

“Young gender minorities are being subject to further isolation as the coronavirus is preventing them from going back to school or shelter, with their families failing to respect their gender identity,” said Jeong Min-seop, head of Ddingdong, a center for young LGBTs.