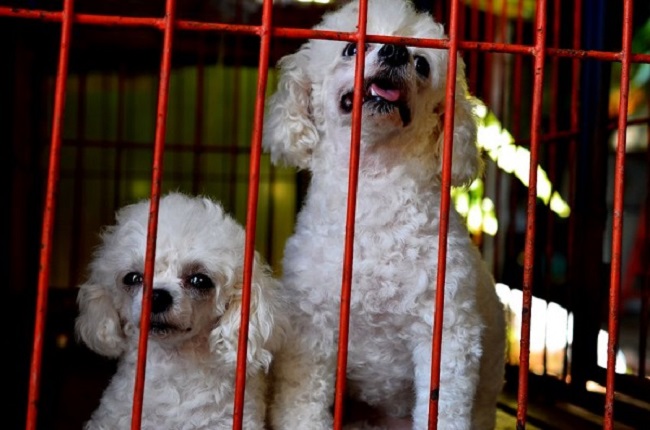 The new regulations will be enforced with punitive measures of a maximum prison sentence of two years and a maximum fine of 20 million won. (Image: Kobiz Media)

SEOUL, Jun. 26 (Korea Bizwire) — Last year, a TV exposé on the breeding practices of an anonymous dog farm sparked a firestorm of public outrage, with veterinarians’ associations and animal rights groups leading the call for the government to take action.

In the report, the dog farm was revealed to have increased pregnancy rates by injecting animals with hormonal drugs and administering numerous C-sections on helpless dogs. In response, the Ministry of Agriculture, Food and Rural Affairs has announced that a new set of regulations will be passed as of July 1, which will put a stop to such practices.

Current regulations stipulate that non-veterinarians are prohibited from examining and prescribing any form of medical treatment to animals. However, a look back at legal history uncovers a startling discovery: in 1994, the livestock industry successfully appealed for an exception to the law, insisting that there was a need for livestock to at times be examined and treated by a non-veterinarian.

What impact did this have on the modern day dog farm? When the law was first passed, dogs and cats occupied an ambiguous identity as the now common concept of having pets was not yet mainstream. This effectively created a loophole in the system, one that dog farm owners, faced with surging demand for pets, took full advantage of, some in clearly appalling ways.

That will change under the new regulations. Strict limits will now be placed on the administration of medical treatment to “pet animals” such as dogs and cats. The exception of 1994, while still applicable to all livestock animals, will not apply to animals classified as pets. The new regulations will be enforced with punitive measures of a maximum prison sentence of two years and a maximum fine of 20 million won.

The new regulations still allow a degree of leniency with regards to pets for practical reasons. For example, giving one’s pet necessary medication or inoculating it without an examination by a veterinarian is permitted. In most cases, medical treatment decided by pet owners is to be determined on a case-by-case basis.

A spokesperson for the ministry commented on the potential impact of the bill, saying, “Hopefully this law will spearhead the continued development of animal rights in our country”.