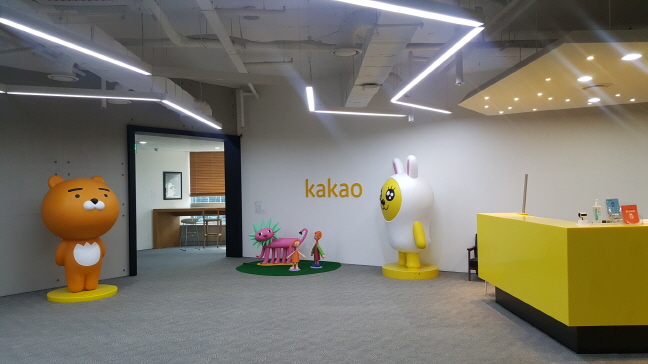 Kakao Enterprise, Kakao’s subsidiary to provide artificial intelligence (AI)-based platform service for enterprises, is currently developing a new corporate messenger and is reportedly aiming to launch it in the second half of this year, according to the IT industry.

The core of the enterprise Kakao Talk service is business meetings, file transfers and approval. The goal is to allow users to handle their work in a user-friendly Kakao Talk user interface (UI).

“We are upgrading Kakao Talk so that it can be linked to business programs that companies are using,” a company official said. “We are also planning to strengthen our security further.”

Kakao Enterprise is a company famous for its work messenger “Agit.” Launched in 2016, the messenger is currently used by some 20,000 companies.

There are few other strong players in the Korean business messenger market, although JANDI, an enterprise messaging platform developed by South Korean startup Toss Lab, Inc., is considered as a rival.

Korean startups typically utilize Slack, the Silicon Valley team chat platform. However, the market believes that the Slack does not reflect the sentiments of Korean users.

The biggest drawback is that it does not provide its service in Korean. Some point out that it is difficult to use it because it has a different UI from Kakao Talk.

“We are in the process of continuously supplementing our services and completing our corporate messengers,” a Kakao source said. “We will provide collaboration tools for companies that can be used as easily as Kakao Talk.”