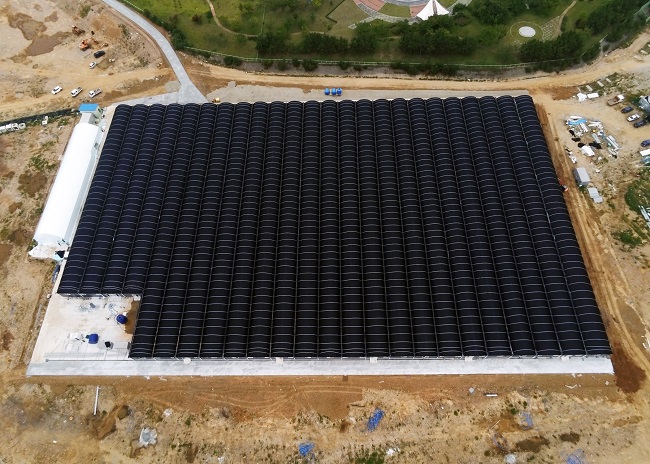 The smart aquafarm uses a huge amount of hot wastewater that was previously dumped into the sea.

Company officials said that by using the hot wastewater, it would be possible to sustain aquafarming even in the middle of the winter with a small quantity of energy, which should have a significant cost-saving effect.

The aquafarm also established an Internet of Things (IoT)-based smart system that enables real-time monitoring and remote control of water temperatures and the level of salinity.

The system can reduce the labor input to roughly 20 percent of that needed for general aquafarms.

At present, the smart aquafarm is breeding 3 million whiteleg shrimp, with its annual production target set at 125 tons.