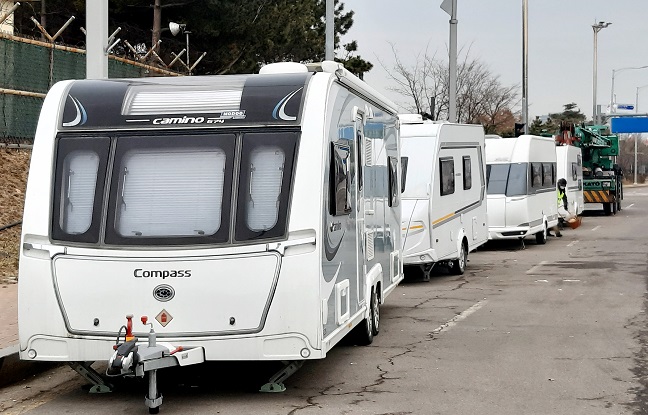 Caravans are parked on the side of the road in Incheon, west of Seoul. (Yonhap)

INCHEON, Jan. 27 (Korea Bizwire) — In the midst of the rising popularity of camping among South Koreans, an increasing number of camper vans that are without appropriate parking spaces are instead occupying public parking lots and roads, drawing public ire.

The situation is almost same for the public parking spaces in park areas.

Despite the sharp increase in the number of campers, designated parking areas remain limited, with an increasing number of owners shamelessly parking their vehicles along general roads or in public parking spaces.

To address this problem, some municipal governments are transforming some spaces within less-used public parking lots into dedicated parking spaces for camper vans.

The Namdong District in Incheon shifted the public parking lot in the neighborhood of Soraepogu Station into a complex parking lot that can accommodate as many as 77 campers.