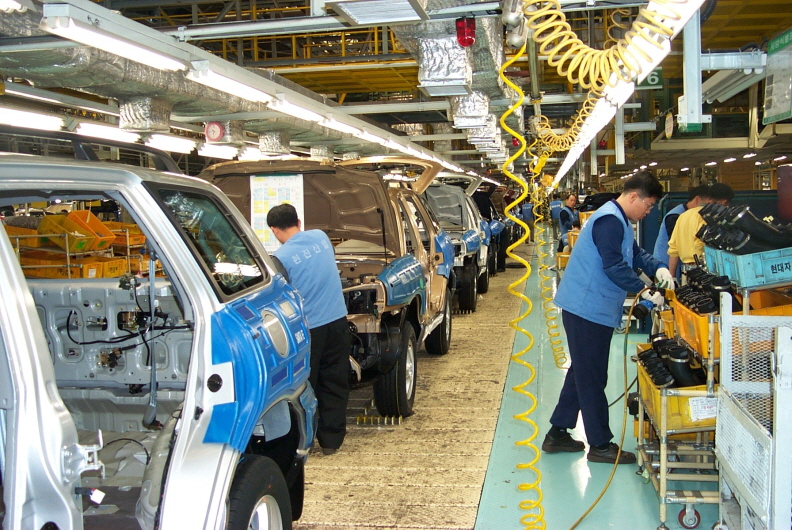 The data showed the amount of male shift workers suffering from sleep deprivation was 1.18 times that of daytime workers. (image: Hyundai Motor)

SEOUL, Apr. 12 (Korea Bizwire) — Workers who have to put in shifts at irregular hours are more deprived of sleep and more prone to smoking and drinking than people who do regular daytime duties, a survey showed Tuesday.

The findings, released by Professor Song Yoon-mi of Samsung Medical Center, said women in their 50s were the most susceptible to developing problems because of their work schedule.

The ratio of smokers among female shift workers was 1.73 times that of daytime workers, according to the survey conducted on 11,680 people. The numbers for female workers in their 50s reached 5.55 times those that work in the daytime.

The report then said the proportion of women shift workers who suffer from a lack of sleep was 1.24 times that of daytime workers while the number for those in their 50s reached 1.5 times.

The proportion of drinkers among female shift workers in their 50s was 2.2 times that of daytime workers while the comparable figures for those in their 20s and 40s were less.

The data showed the amount of male shift workers suffering from sleep deprivation was 1.18 times that of daytime workers. It said for male workers, no real difference between shift and daytime workers was observed in smoking and drinking habits.

The survey indicated women working odd hours are more susceptible to a lack of sleep and more prone to drinking and smoking because they are not as physically capable of maintaining irregular shifts.