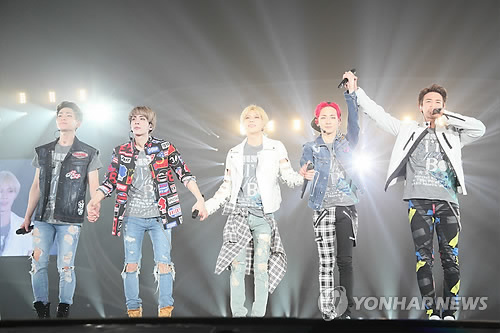 SEOUL, March 17 (Korea Bizwire) — Shinee attracted 100,000 concertgoers to their first concerts at the Tokyo Dome, a 55,000-seat baseball stadium that is considered to be a dream venue for musicians in Japan. The Korean band finally had the opportunity to play at the dome only four years after their debut in Japan.

Shinee started their Japan tour, ‘Shinee World 2014~I’m Your Boy’ in September 2014, and visited a total of twenty Japanese cities. Their last two shows were held at Tokyo Dome on March 14 and 15. A total of 300,000 fans enjoyed their shows during the tour.

Both of Shinee’s Tokyo Dome shows were sold out, and revenue from ticket sales is expected to reach more than 10 billion won (US$ 8.84 million).

The two shows were packed with powerful performances and some emotional moments. Shinee gave their best to perform Japanese versions of their songs, Korean songs and their new single, accompanied by a 40-member orchestra and a 4-member band. The band’s members finished the show in tears, as fans presented them with a special ‘thank you’ message using pre-coordinated placards. 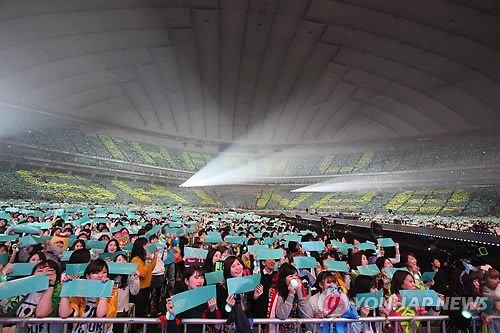