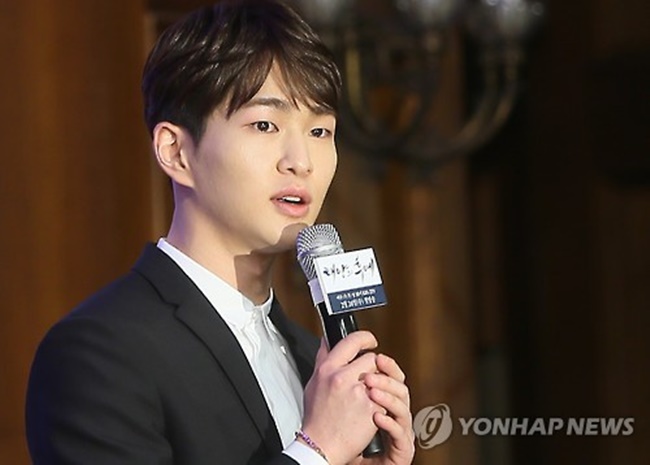 In this file photo taken Feb. 22, 2016, Onew, a member of the K-pop boy band SHINee, speaks at a press conference prior to the premiere of the KBS series “Descendants of the Sun” in Seoul. (Image: Yonhap)

SEOUL, April 6 (Korea Bizwire) – Onew, a member of K-pop boy band SHINee, has been cleared of a sexual harassment allegation that has dogged him since August of last year, his agency said Friday.

SM Entertainment said Onew, whose real name is Lee Jin-ki, was cleared of his sexual harassment allegation by the prosecution last month.

The singer-actor was booked by the police in August for allegedly touching a woman in her 20s at a club in southern Seoul. Police had referred the case to the prosecution, recommending indictment without physical detention.

Onew reportedly told police back then that he visited the club with his friends and that he has no recollection of the alleged incident because he was too intoxicated. SM also stated that the physical contact was accidental.

Amid the public fallout, Onew dropped out of the JTBC drama series “Age of Youth 2″ last year but later resumed public activities in February after posting a handwritten letter of apology on his social media in December.