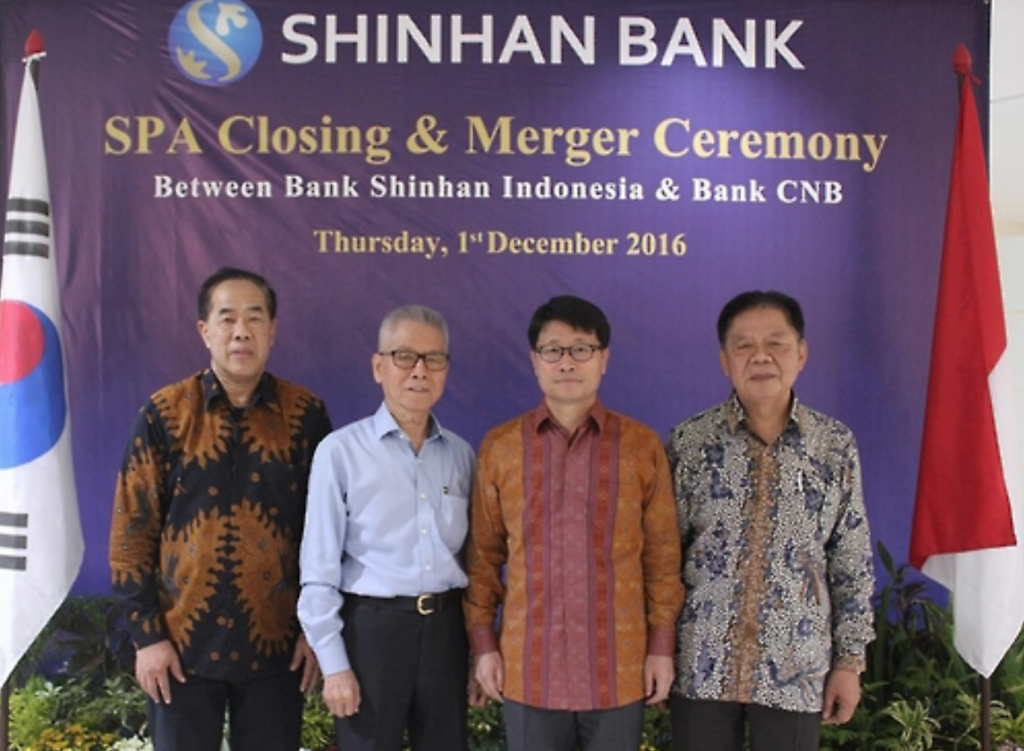 Suh Tae-won (2nd from R), head of Shinhan Bank Indonesia, poses for a photo in a ceremony at the headquarters of Centratama Nasional Bank on Dec. 1, 2016. (image: Shinhan Bank)

BSI won an approval from the Indonesian financial authorities for its plan to merge Centratama Nasional Bank (CNB) on Nov. 25, six months after the bank submitted the request for the merger.

Shinhan Bank has stepped up its efforts to expand its operations overseas in recent years to generate a new cash cow as it has suffered low margins and low growth in a nearly saturated domestic market.

The South Korean lender purchased Bank Metro Express, an Indonesian bank, in August and changed its name to BSI in May. Last year, it also acquired CNB.

The merger raised the number of BSI branches on Indonesia’s main island of Java to 60, a move that Shinhan Bank says could make its Indonesian unit compete with local rivals.

Shinhan Bank said it plans to expand its market share in Indonesia by focusing on its existing local clients and South Korean companies operating in the Southeast Asian country before expanding its businesses to big local companies and retail customers.