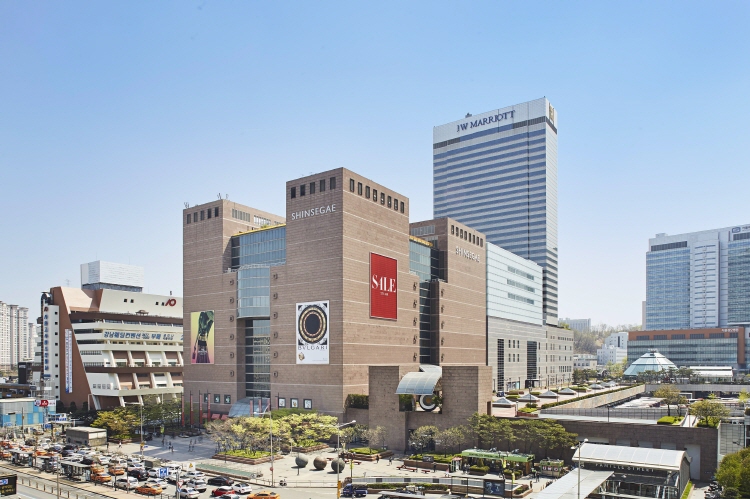 SEOUL, Jul. 18 (Korea Bizwire) – Shinsegae DF Inc., the duty-free arm of South Korean retail giant Shinsegae, opened its second outlet in Seoul on Wednesday, as the company accelerates its push to expand its presence in the domestic duty-free market.

The five-story outlet with some 350 brands is located at Central City, which consists of Shinsegae Department Store, JW Marriott Hotel and the Express Bus Terminal, in Gangnam, southern Seoul.

Shinsegae has been making aggressive investment in Central City in the last two years to make it a leading culture complex in the country, according to the company. It currently has a daily floating population of 1 million on average.

Shinsegae said its aim is to create new tourism demands by connecting the new duty-free store with the existing services.

“The Gangnam store will be the starting point for redrawing the landscape of the duty-free sector, and it will become a global tourism hub that draws attention from around the world,” Shinsegae DF CEO Son Yung-sik said in a statement.

“We will make sure the new store becomes a lever to upgrade the charm of the country’s tourism industry by developing new content in collaboration with not only the Seocho and Gangnam areas but also throughout the nation,” he said.

Shinsegae’s aim is to generate 180 billion won (US$159 million) in sales from the new store by the end of this year, and 500 billion won from July this year to July 2019.

The latest move came as the retailer has been making efforts to secure its position as the duty-free industry’s No. 3 player, following Lotte and Shilla. Shinsegae joined the market through the acquisition of Paradise Duty Free in the southeastern port city of Busan in 2012.

Last month, the company was tapped as the new duty-free operator at Incheon International Airport, the country’s main gateway located west of Seoul.

The bidding took place as Lotte Duty Free returned three of its four money-losing concessions at the first passenger terminal in the face of huge losses stemming from a plunge in the number of Chinese tourists. Shinsegae’s new airport outlet is set to begin operations next month.

In addition to the outlets at the Incheon airport and Busan, the company also has a duty-free shop at its main department store in Myeongdong, downtown Seoul.

Shinsegae DF swung to profit last year, reporting 1 trillion won in sales. The revenue is expected to top the 3 trillion won mark this year, according to the company.