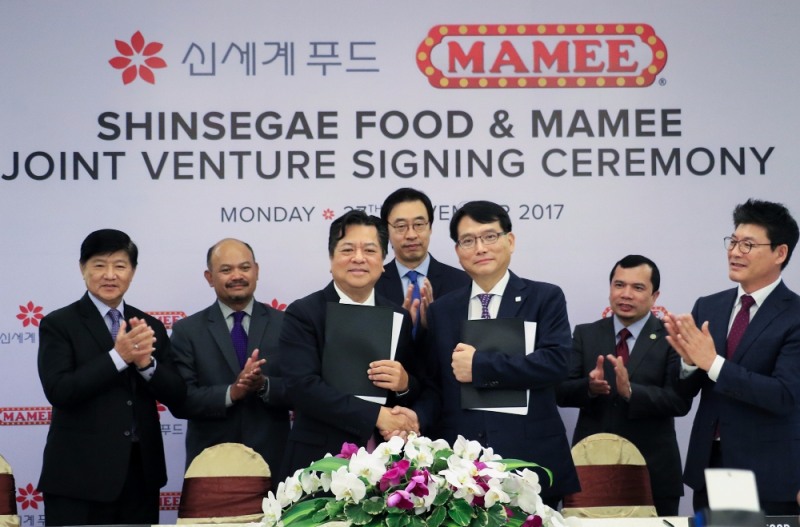 SEOUL, Nov. 28 (Korea Bizwire) — Shinsegae Food Inc., the food manufacturer of South Korea’s retail giant Shinsegae, said Tuesday it has established a joint venture with a Malaysian firm as part of its efforts to expand its presence in the Southeast Asian market.

Mamee-Double Decker is a major food firm in Southeast Asia, whose products are exported to over 100 countries worldwide, according to Shinsegae Food. It has production facilities in Indonesia and Myanmar.

Shinsegae Food said their first joint product will be Korean instant noodles coupled with halal sauce made in accordance with Islamic Sharia law. It is slated to hit shelves in the first half of next year, according to the Korean company.