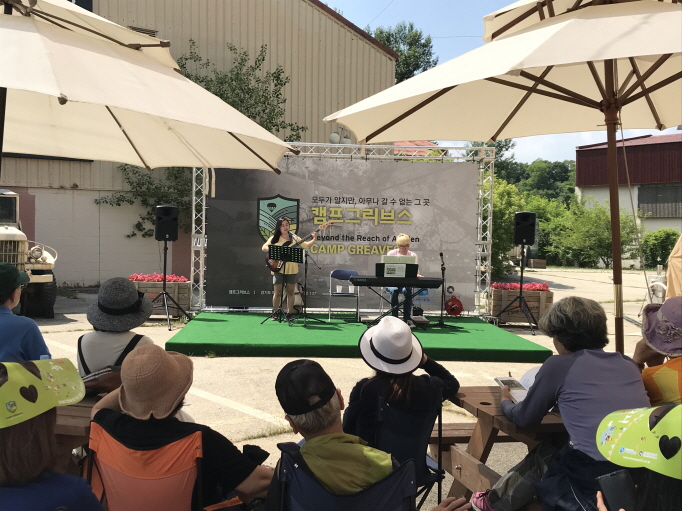 SUWON, Sept. 2 (Korea Bizwire) — The operation of shuttle buses for tours of Camp Greaves, a former U.S. military base near the border with North Korea, will restart this weekend, local tourist authorities said Monday.

The shuttle bus service, which links Imjin Pavilion in Paju, north of Seoul, and Camp Greaves, 2 kilometers south of the Demilitarized Zone, was temporarily suspended two months ago due to severe hot weather.

“The service will resume this weekend, three times a day every Saturday and Sunday until Nov. 3,” the Gyeonggi Tourism Organization (GTO) said.

Camp Greaves was returned to the country in 2004 and became a popular tourist spot. But public access to it is still controlled as it is situated within the Civilian Access Control Line.

“Tourists can enter the base by presenting their ID cards only when using shuttle buses, with no additional procedures needed,” the organization said.

Visitors can enjoy an exhibition on the history of the camp and arts performances there.

In a separate tour program, tour buses leave from in front of Gwanghwamun subway station in Seoul at 7:30 a.m., every weekend, for the camp.