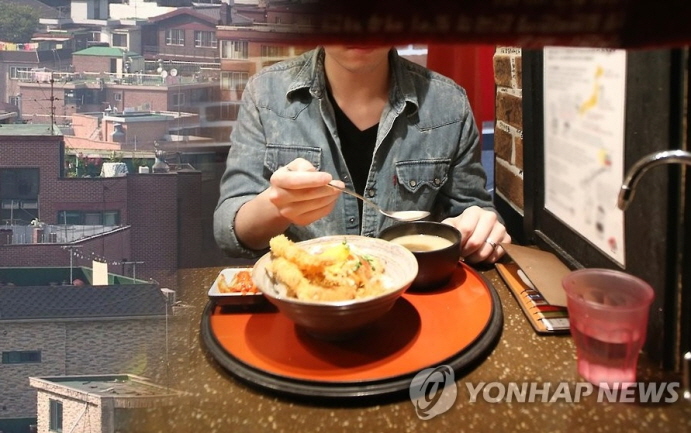 According to the data compiled by Statistics Korea, the number of single-person households reached 5.61 million as of October last year, up 179,000 or 3.3 percent from 2016.

Households consisting of a single member accounted for 28.7 percent of all family units, compared with 28.1 percent tallied for the previous year, the data showed.

Households with a single member aged between 50 and 64 made up 26.5 percent of all one-person families, followed by those aged between 30 and 39 with 23.7 percent.

In particular, the number of households with a single member aged between 15 and 29 jumped by 62,000 or 10.7 percent last year, the largest gain among all age groups.

Earlier data showed that single-member households will become the most common household type in South Korea.

Households consisting of a single member are forecast to account for 36.3 percent of all family units in 2045, far outnumbering families comprising of a married couples and children.

The percentage of those living alone stood at 27.2 percent in 2015 and is expected to rise to 29.6 percent in 2019 to become the most common household type in the country for the first time ever.