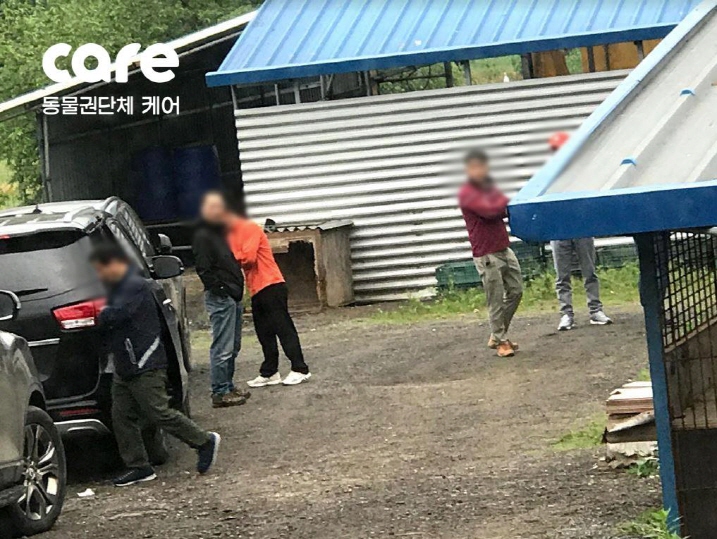 SEOUL, May 31 (Korea Bizwire) — Animal rights group Care announced yesterday that it had visited the location of a dog fighting ring in Ganghwa-gun, Incheon with police officials, exposing the site where animal abuse was ongoing.

Care activists and police officers from Ganghwa Police Station raided the dog fighting ring yesterday circa 5:20 a.m. where police arrested six men, including the owner of the fighter dogs.

Two dog cages were found in the vicinity.

One of them contained 60 dogs, while the other cage had 18 dogs, according to Care. The dogs were being fed food leftovers, and the cages lacked facilities for handling dog waste.

A recent legal amendment now includes fighting forced upon animals in the definition of animal abuse.