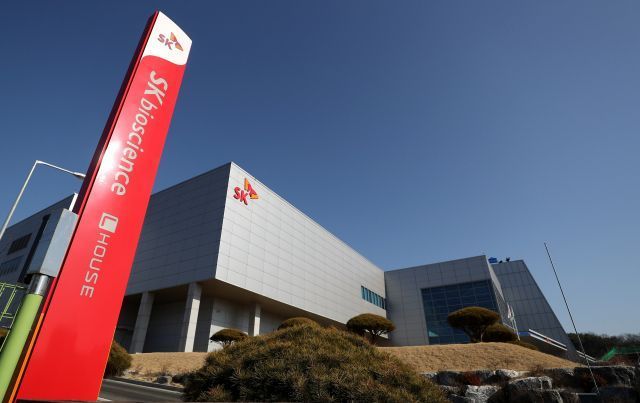 The Ministry of Food and Drug Safety said GBP510, under development by SK Bioscience, a unit of the country’s No. 2 family-controlled conglomerate SK Group, is the country’s first indigenous vaccine candidate to enter the last phase of clinical trial.

SK Bioscience aims to produce an interim result of its final stage of the clinical trial during the first quarter of next year before seeking final approval.

The clinical trial will compare GBP510 against the COVID-19 vaccine by AstraZeneca and Oxford University to view immunogenicity and safety, the ministry said.

It marks the second time in the world for such a comparative trial to be conducted, following French drug firm Valneva’s phase three clinical trials against the AstraZeneca shots.

The clinical trial will be simultaneously held in different countries by injecting some 3,000 participants with the vaccine candidate, while 990 others will get AstraZeneca bottles.

SK Bioscience said data from early trials of healthy adults who received the two-dose vaccine showed they all induced neutralizing antibodies against COVID-19.

The vaccine candidate is a recombinant-protein vaccine based on novel two-component nanoparticles that can maximize the immune effect.

The candidate was jointly developed with the University of Washington Antigen Design Research Institute. 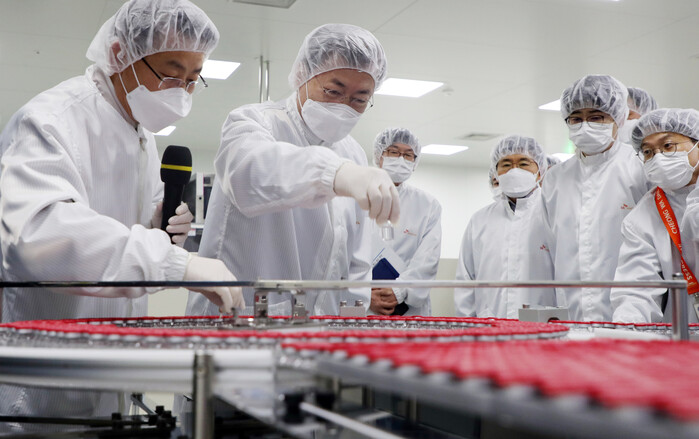 Earlier, the government said it will strengthen support for homegrown COVID-19 vaccine development so that candidates can enter late-stage phase three clinical trials by the end of the year.

There are currently seven local companies, including SK Bioscience, that are developing multiple types of COVID-19 vaccines.

Last year, the affiliate under SK Group signed a deal with the U.S. vaccine producer Novavax for consignment production of the Novavax COVID-19 vaccine.

South Korea has been weathering the fourth wave of the pandemic due to a surge in virus cases in the greater Seoul area.

The country added 1,540 COVID-19 cases, including 1,476 local infections, raising the total caseload to 213,987, according to health authorities.

Since the country launched its vaccination program in late February, 21.37 million people, or 41.6 percent of the country’s 51.3 million population, have received their first shots of COVID-19 vaccines.

Around 15.4 percent, or 7.89 million people, have been fully vaccinated, according to the authorities.

The country has secured more than 100 million doses of vaccines, such as Pfizer and AstraZeneca, enough to vaccinate its 51.3 million population, but has suffered some glitches in receiving vaccines on time.