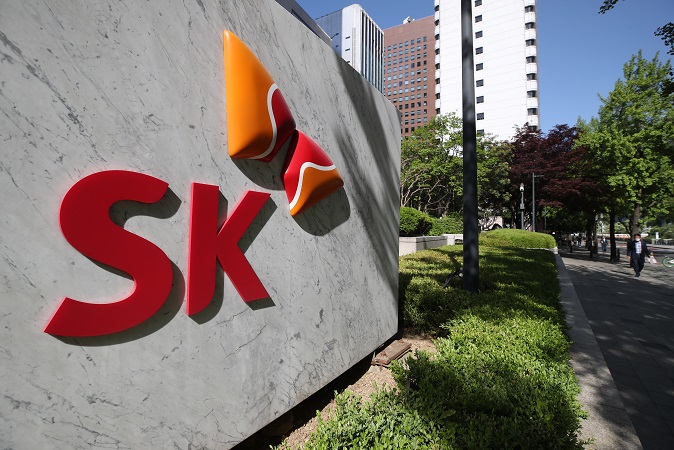 This photo, taken on May 6, 2020, shows the corporate logo of SK Group at its office building in Seoul. (Yonhap)

SK China Co., one of the group’s China-based affiliates, acquired a 1.47 percent stake in BYD Semiconductor for 150 million yuan (US$21 million).

SK Group has been trying to expand its presence in the future mobility sector.