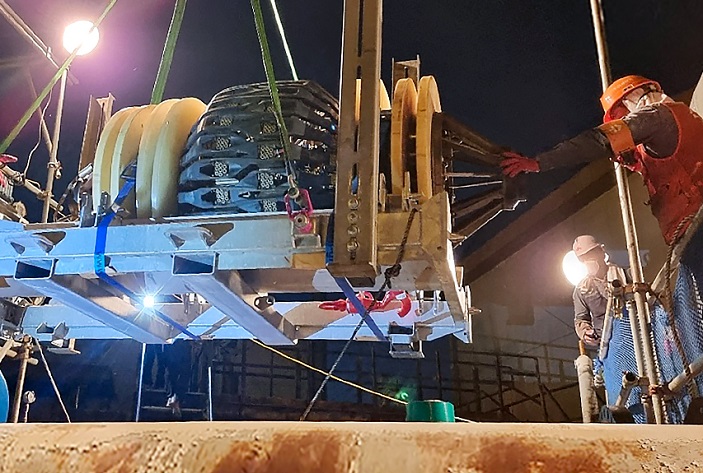 SEOUL, Aug. 19 (Korea Bizwire) — SK Energy Co., South Korea’s leading refiner under SK Innovation Co., said Wednesday that it had introduced smart technology to replace the inspection of subsea pipelines, which has been conducted manually in the past.

The second pipeline buoy of the company’s plant in Ulsan, an industrial city about 414 kilometers southeast of Seoul, that transports crude oil from tankers to a storage tank has a length of 5.6 kilometers, including 1.1 kilometers on land and 4.5 kilometers under water.

Previously, inspectors had to go inside subsea pipelines to check the state of corrosion with their own eyes.

This type of inspection method, however, stokes concerns about the risk of accidents, while having limited effectiveness in checking the outside of the pipeline.

Accordingly, SK Energy introduced an ultrasonic wave sensor inspection device called ‘Intelligent Pig’ this year, and has carried out the inspection of subsea pipelines for about 80 days starting from April.

The company said that compared to the conventional manned inspection method, the smart technology is primed with higher reliability and lower cost.