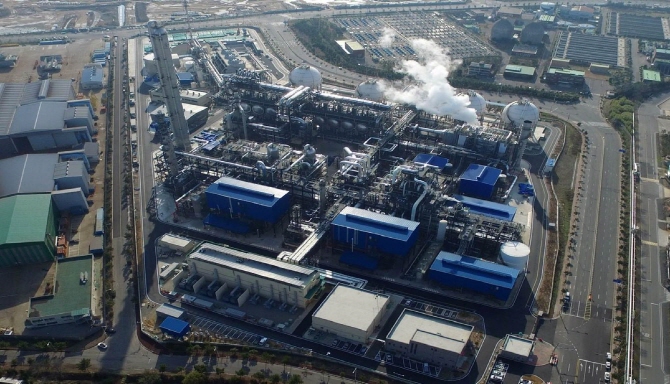 SEOUL, March 29 (Korea Bizwire) — SK Gas, a key energy affiliate of energy and telecom conglomerate SK Group, said Sunday that it has reached a deal with Saudi’s Advanced Petrochemical Co. (APC) to set up a joint venture to build a US$1.8 billion plant in the kingdom.

SK Gas Petrochemical, SK’s special purpose company, is set to establish the joint venture with APC affiliate Advanced Global Investment Company in the first half of this year.

The joint venture is set to build a plant in Jubail Industrial City along the Arabian Gulf by 2023.

The plant will have an annual production capacity of more than 800,000 tons each of propylene and polypropylene.

Propylene — produced through dehydrating propane — is widely used as a base material in the petrochemical industry.

Polypropylene is used in a wide variety of applications ranging from packaging and labeling to making carpets, rugs and ropes.

SK Gas Petrochemical’s stake in the joint venture is 15 percent.

In June, SK Gas and Advanced Global Investment Company signed a memorandum of understanding on the project on the occasion of the visit to Seoul by Crown Prince Mohammed bin Salman of Saudi Arabia.

Saudi Arabia is South Korea’s biggest trading partner in the Middle East and the No. 1 crude oil exporter to Asia’s fourth-largest economy.