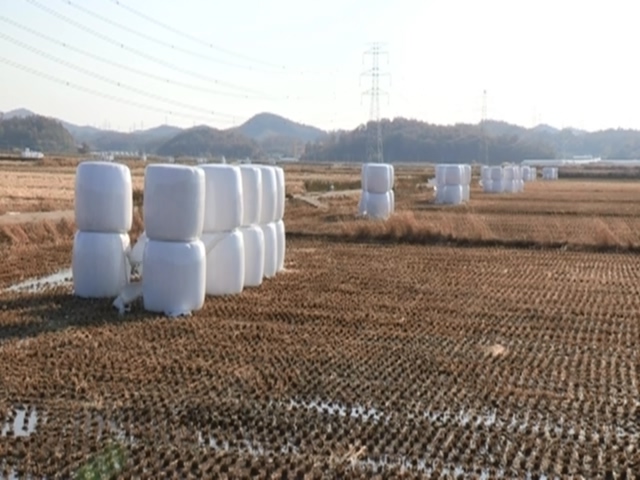 Bale silage in a field (Yonhap)

Bale silage, the ‘giant marshmallows’ lying in fields, refers to bales of hay or other crops wrapped in multiple layers of white plastic film to minimize nutritional loss after cultivation and harvest are completed.

The plastic used for bale silage is highly adhesive, which makes it easily contaminated. For this reason, it is rarely recycled and rather incinerated in the field, causing environmental pollution.

In South Korea, the amount of plastic film waste generated from bailing is estimated at about 1,200 tons per year.

SK Global Chemical is collecting about 50 percent of the plastic film waste from farms through a partner company and reuses it as upcycled bags for petrochemical products.

The company said that the use of these upcycled bags results in a reduction of carbon emissions of about 25 percent compared to using conventional bags.