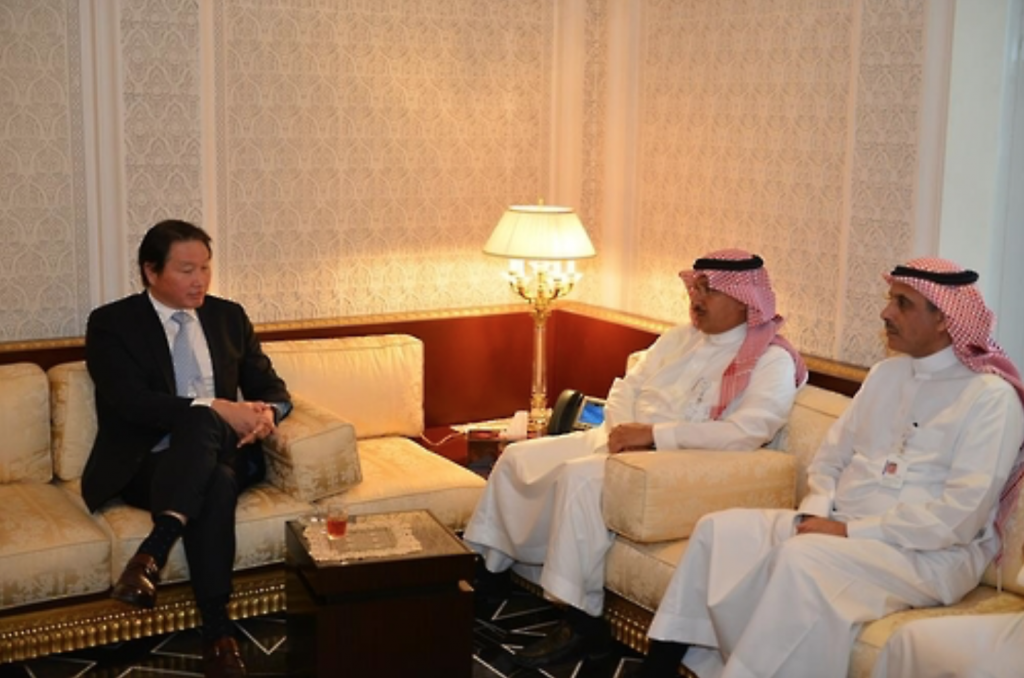 The group’s chairman Chey Tae-won, visiting the region this week, met with CEOs of sovereign funds, oil companies and other partner firms, and discussed areas of new cooperation, according to company officials.

“The persisting low oil prices demand fundamental changes and innovation in the energy and petrochemical industries,” Chey was quoted as saying.

His UAE counterparts agreed to continue to find business opportunities in which the parties can cooperate, officials said.

The Mubadala Development Co. has a broad investment portfolio containing energy, consumer products and health care, as well as information, communication and technology (ICT). SK Group sees potential for synergy in the energy and ICT sectors, officials said. The South Korean conglomerate also wants to work together to develop resources in third countries, such as nations in Southeast Asia.

Chey on Tuesday met with Yousef Abdullah Al-Benyan, vice chairman of SABIC, a leading petrochemicals manufacturer based in Saudi Arabia, in Riyadh to discuss global expansion for their joint venture Nexlene Co. SK Global Chemical and SABIC opened a nexlene plant in South Korea’s southeastern city of Ulsan in October last year and are planning a second factory in Saudi Arabia to push their way into third markets, including China and North America.