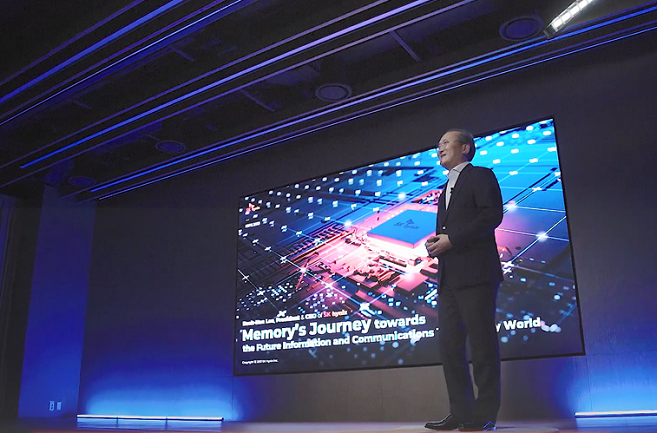 This image provided by SK hynix Inc. on March 22, 2021, shows the company’s CEO Lee Seok-hee delivering a presentation at the International Reliability Physics Symposium hosted by the Institute of Electrical and Electronics Engineers.

SK hynix CEO Lee Seok-hee introduced the company’s vision for the industry at the International Reliability Physics Symposium, a renowned conference for engineers and scientists in the microelectronics field hosted by the Institute of Electrical and Electronics Engineers.

In his keynote speech, Lee said the role of memory will expand significantly in the era of digital transformation.

“So far, high density, high speed, low power was required of memory to satisfy the need of various applications and customers,” Lee said.

“But now on top of those requirements, high reliability is required in growing markets for smart ICT technology such as autonomous cars and smart health care where the components were expected to run for long period of time under extreme conditions.”

When it comes to “scaling value” in driving the memory industry for the next decade, Lee said the sector will face challenges requiring a change in the technology to continue scaling DRAM below 10-nanometer and stacking NAND above 600 layers.

Specifically in the DRAM area, Lee said there are three challenges: overcoming the limitation in patterning in lithography, maintaining capacitance of the cell capacitor, and lowering the resistance of the metal for interconnect.

He added the company is also focusing on developing dielectric thickness scaling solutions and next-generation electrode and new processes. 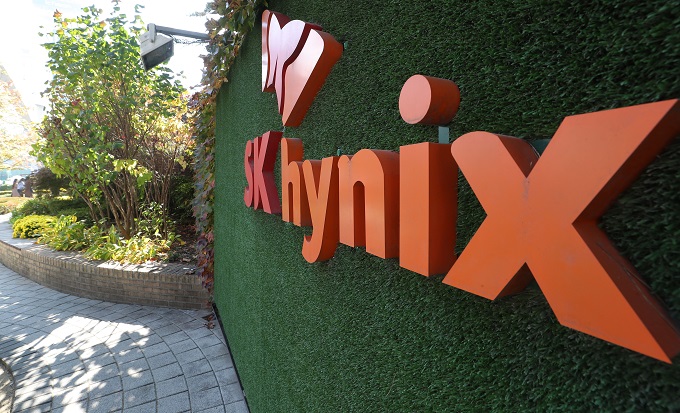 For film stress issue, the company is trying to optimize the cell oxide and nitride material.

Lee said the technology development beyond the next 10 years will be the era of convergence where memory chips are converged with central processing units (CPU) and storage.

“To overcome the limitation of memory performance, there will be a convergence between memory and logic,” he said. “The concept is to add a few computing functions of CPU to DRAM.”

The CEO also vowed that SK hynix will move toward curbing CO2 emissions, suggesting that if hard disk drives (HDDs) in global data centers are replaced with low-power solid state drives (SSDs), CO2 generation could be reduced by 93 percent.

To achieve its vision, Lee said a paradigm shift in cooperative relationships is needed in the industry, emphasizing that various players that form the ecosystem need to collaborate.

“Only by establishing a strategic partnership for open innovation based on collaboration and sharing with customers, suppliers, academia and government, we can shape a new era which pursues both economic and social values.”