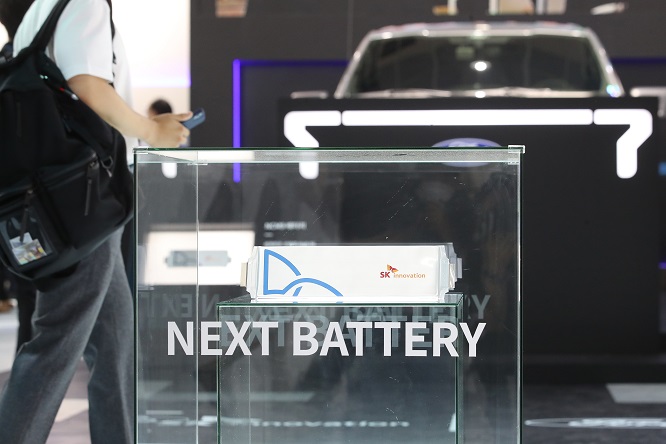 SEOUL, Aug. 4 (Korea Bizwire) — SK Innovation Co. said Wednesday it turned to the black in the second quarter from a year earlier on robust lube oil and battery sales, and decided to spin off its battery business to further propel its growth.

The energy and chemical subsidiary of the nation’s No. 3 conglomerate SK Group said it booked 415.9 billion won (US$362.2 million) of net profit in the April-June period, shifting from a loss of 345.8 billion won a year earlier.

Its operating profit in the first half of the year surpassed 1 trillion for the first time in three years, the firm said.

The company said the strong lube oil sales offset sluggish gasoline and diesel sales in the second quarter, while its battery business continued to grow on the back of strong demand from automakers.

SK Innovation said its board of directors approved the plan to separate the petrochemical and battery businesses to accelerate its transition from a carbon-intensive model to a green business.

“The split off of (the petrochemical and battery businesses) is aimed at enhancing the competitiveness of each business and paving the way to speed up the future growth driver,” SK Innovation CEO Kim Jun said in a statement.

The company said it plans to launch two separate entities on Oct. 1 after receiving approvals from its shareholders next month.

SK Innovation will serve as a holding firm in charge of developing its eco-friendly business portfolio and push for a merger and acquisition in the green business, the firm said.

The latest decision comes a month after the company announced plans to increase the ratio of eco-friendly businesses from the current 30 percent to 70 percent by 2025 to reduce its carbon footprint and create new business opportunities.

The company said it will ramp up its battery production capacity from the current 40 GWh to 200 GWh in 2025 and 500 Gwh in 2030 to meet growing demand, raising prospects of generating 2.5 trillion won of earnings by 2025. 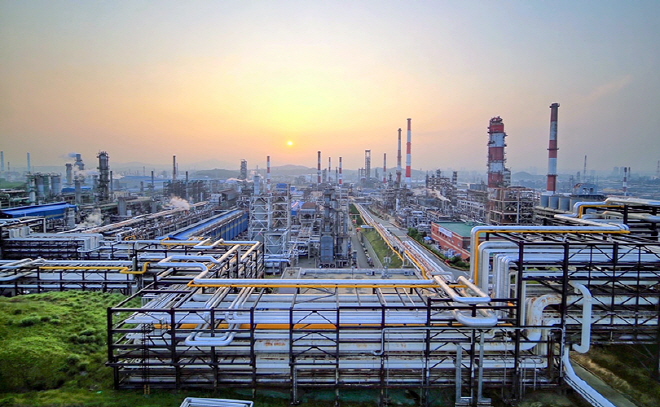 SK Innovation said it aims to pass the break-even point in 2022 by expanding its manufacturing capacity under the new corporate structure.

SK Innovation said the company has been considering various equity financing plans for the new battery entity, saying it will decide on the schedule of the initial public offering when “various conditions are met.”

“(The battery splitoff) is aimed at raising funds when needed, but we have not yet confirmed the details of the schedule, scope and method,” Kim Young-sup, the chief financial officer, said during a conference call.

Battery sales jumped 86 percent on-year to 630.2 billion won in the April-June period thanks to solid demand for EV batteries, and its operating income surpassed 500 billion won for the second consecutive quarter.

Its new battery production lines in China started operations in the first quarter, and factories in Hungary and the U.S. are set to roll out batteries when construction is completed in phases in the coming years.

Battery separators are one of the key components of EV batteries, which are important in preventing batteries from exploding during the charging process.

In May, SKIET went public on the Seoul bourse, and its market cap is now valued at 14.9 trillion won.

After SK Innovation and Ford signed a memorandum of understanding for a new battery joint venture in May, the two companies have been discussing details on their plan to build a battery factory in the the U.S. by 2025, company officials said.

Shares of SK Innovation slipped 3.75 percent to 243,5000 won on the Seoul bourse, underperforming the broader market’s 1.34 percent gain, as investors dumped its shares following news of the its plan to hive off its battery business.

The earnings report was released before the market opening.