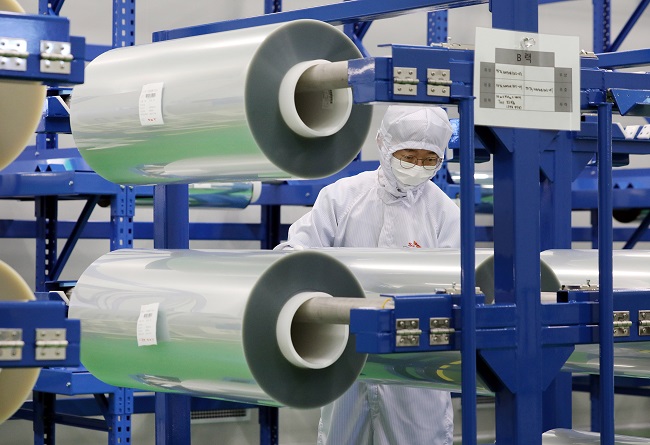 Construction of the Jeungpyeong plant wrapped up at the end of last year.

FCW, an exclusive brand for SKIET, is a core material that substitutes glass on flexible displays such as foldable phones, rollable TVs and curved monitors.

SKIET’s FCW features great durability thanks to the hard coating of the colorless polyimide (CPI), which is similar to a smartphone’s screen protection film.

Company officials also noted that FCW prevents the panel from being damaged when it is frequently touched by hand or inflicted with external shock after being dropped.

FCW is a key material for foldable phones, which have to be folded and unfolded thousands of times in their lifetime.

After recently being selected as an FCW supplier by global smartphone manufacturers, SKIET is set to the launch the supply of FCW from this month.

“The orders were placed in high recognition of the quality of our manufacturing technologies for FCW, which are best-optimized for foldable phones,” the company said.