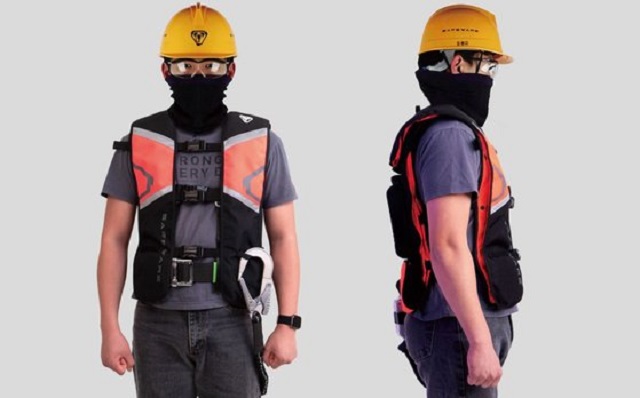 The new airbag looks like a normal vest but has GPS and rotation and acceleration-recognizing sensors to verify the position and movement of workers and the change in speed.

If it detects that a worker is falling, the carbon dioxide embedded in the vest inflates instantly within 0.2 seconds to turn it into an airbag.

When accidents occur, the vest instantly sends an emergency text message to construction site managers. Even after a single use, the airbag can be reused by changing the components.

Safeware said that the newly airbag would be useful for those working in high places at construction and manufacturing sites and logistics centers, adding that fall tests showed that it reduced the shock of the fall by up to 55 percent.