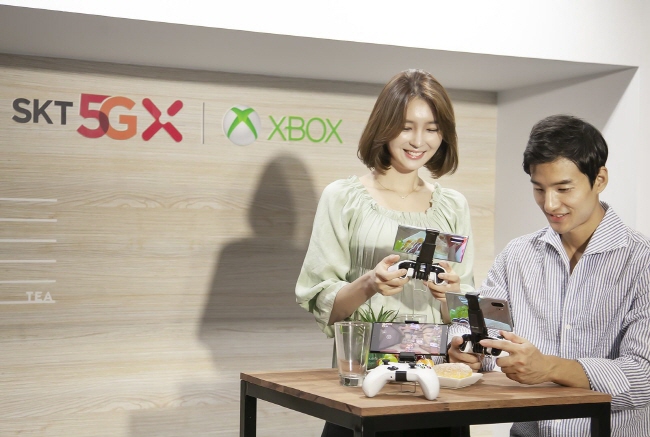 The project will pave the way for gamers to play high-quality titles without having to pre-download content, as long as they are connected to the 5G network, which offers faster download speeds than its predecessor, the long-term evolution (LTE) network, according to SK Telecom.

Microsoft aims to launch the pilot run of the new platform, dubbed Project xCloud, in October in conjunction with SK Telecom, which has been designated as an exclusive South Korean partner.

The new platform will allow users to play titles from Microsoft’s popular Xbox consoles through a smartphone application.

After the pilot run, the service will be available to users from other mobile carriers as well.

SK Telecom said South Korea was selected as a testbed for the new platform due to its strong network infrastructure and the fact that it boasts the world’s fourth-largest gaming market.

The country’s gaming market was estimated at 13.1 trillion won (US$10 billion) last year, with the mobile gaming taking up 47 percent, according to data from the Korea Creative Content Agency.

The global market for cloud-based gaming, meanwhile, is expected to reach $2.5 billion in 2023, rising sharply from $387 million in 2018, according to data compiled by market tracker IHS Markit.