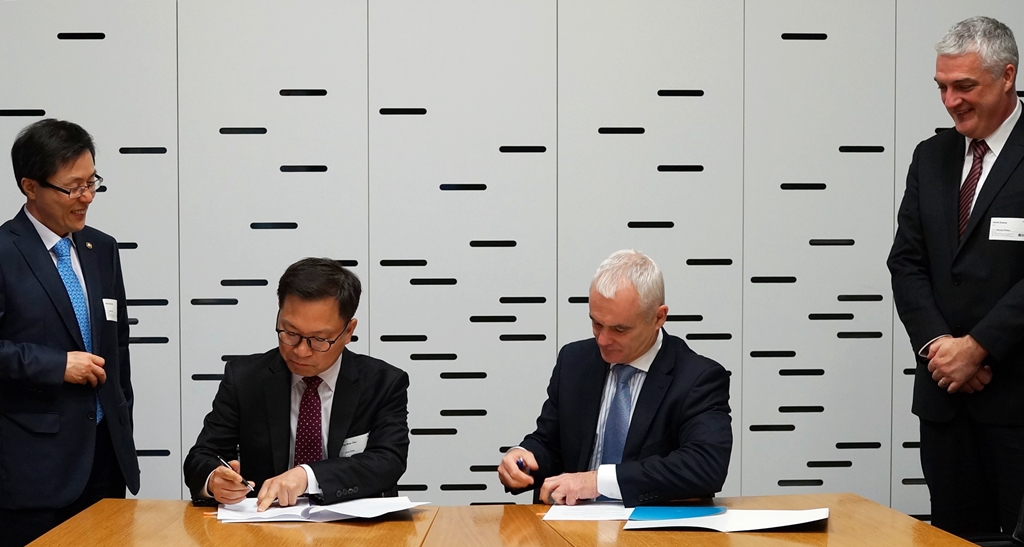 SK Telecom announced that it signed a MOU with Telecom New Zealand for cooperation in business and technology with regard to Internet of Things. (image credit: SK Telecom)

Seoul, Korea, Jul. 8 (Korea Bizwire) – SK Telecom (NYSE:SKM) today announced that it signed a MOU with Telecom New Zealand for cooperation in business and technology with regard to Internet of Things(IoT).

The signing ceremony of the MOU took place in Oakland, New Zealand and was attended by Cho Seung-won, Senior Vice President and Head of Public Business Office 3 of SK Telecom, and Simon Moutter, CEO of Telecom New Zealand.

SK Telecom and Telecom New Zealand had a shared view on development of the Korean IoT industry and SK Telecom’s competencies and, therefore, agreed to collaborate in some of much-interested IoT business areas that are represented by Smart Car, Telematics and Smart City.

By working together, the two telcos aim to further explore cost-effective IoT business items with high utility, centering around the three areas above, and create a massive market. Through additional discussions, the companies also plan to further expand the areas of collaboration to other IoT businesses such as Smart Farm.

The two telcos agreed to sign the MOU as they found themselves sharing common interest and will in IoT while preparing for the Korea, Australia, New Zealand (KANZ*) Technology Summit 2014. In its 8th forum, the KANZ Technology Summit will be held under the theme of Sensing and IoT.

※ The KANZ Technology Summit, a ministerial level meeting, brings together industry, research and policy representatives from Korea, Australia and New Zealand to discuss and collaborate in policy, technology and business in the area of ICT. Since 2003, the summit has taken place biannually, hosted by each member state in turn.

Under the initiative to foster IoT as a core driving force for Creative Economy, the Ministry of Science, ICT and Future Planning welcomed and actively supported the signing of the MOU in an effort to help establish a global ecosystem for both private and public sectors.

Based on its world-best competences on fixed line/wireless network, Korea is leading the global IoT industry in diverse areas including automobile, positioning, and remote meter reading.

SK Telecom started IoT services from the beginning of 2000 for the first time in Korea and has led development and application of diverse IoT services for public, industry and private sectors. Also, the company has endeavored to create an ecosystem for IoT development in Korea by, for example, chairing IoT Association and IoT Forum.

Plus, SK Telecom launched Bridge Alliance for M2M with 10 other mobile network operators in Asian Pacific countries in January 27, 2014, and the company is committed to strengthen its global cooperative tie based on its competencies on IoT accumulated in Korea.