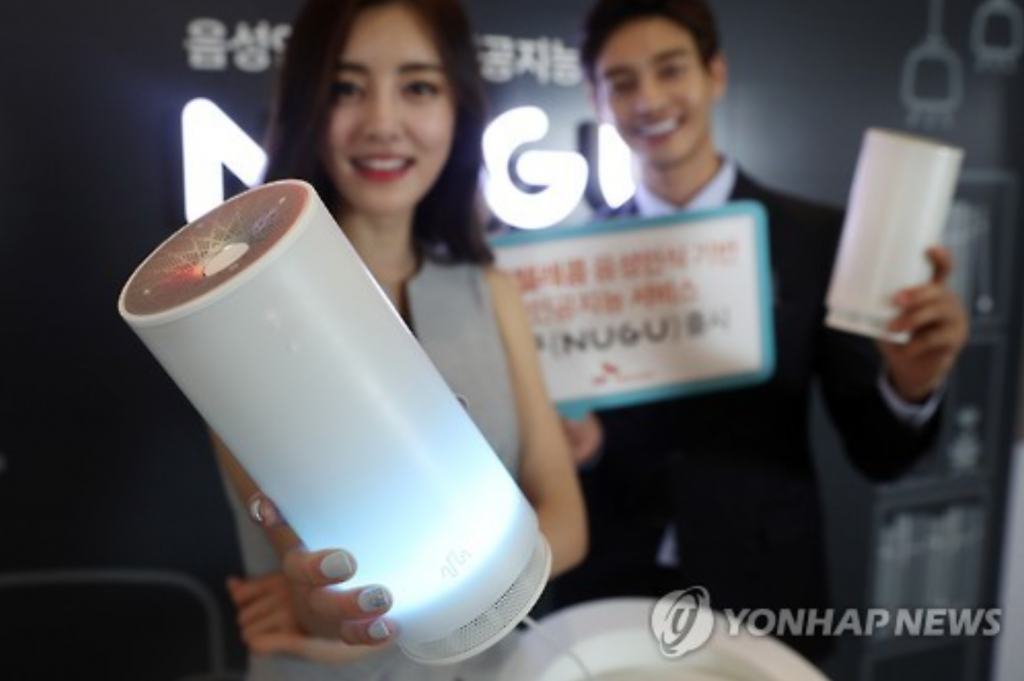 The possibility of collaboration between SK Telecom and SK C&C on artificial intelligence is high as senior executives of the two affiliates know each company’s strengths well, industry observers said. (image: Yonhap)

The service, called NUGU, which means “who” in Korean, can increase its accuracy of voice recognition, using deep-learning technology, SK Telecom said.

Using a cylinder-shape speaker that connects to smartphones, household appliances and other smart devices via a Wi-Fi network, the service allows a user to turn a device on and off, check calendars and select songs and albums.

SK C&C will introduce its voice-recognition assistance service Wyth at the Consumer Electronics Show in Las Vegas this week.

The possibility of collaboration between SK Telecom and SK C&C on artificial intelligence is high as senior executives of the two affiliates know each company’s strengths well, industry observers said.

An official at SK Telecom said, however, no plan has been set for a collaboration between the two firms.

SK Telecom and SK C&C have a different target for developing artificial intelligence services, but the two affiliates could produce synergy effects through mutual cooperation in the future, the official said.