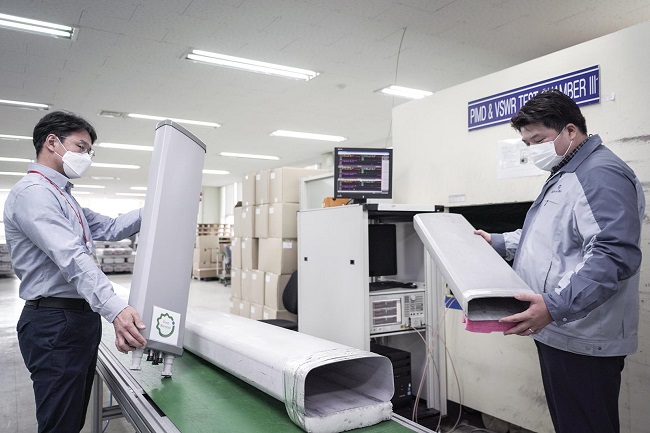 Radomes are made of plastic that is specially designed and processed to protect core components without hindering radio signals. (image: SK Telecom)

This milestone was achieved in collaboration with High Gain Antenna Co., a domestic antenna-producing firm.

SK Telecom said that it was the first time that a telecom carrier had joined hands with a small-and medium-sized enterprise to acquire a GR for mobile network equipment.

Radomes are made of plastic that is specially designed and processed to protect core components without hindering radio signals.

Thus far, most radomes have been incinerated after use since it is difficult to recycle them.

SK Telecom said that the newly-developed radome recycling technology would make it possible to produce new equipment with used radomes, while contributing to establishing an ecosystem for a circular economy.

The company expected the new technology to contribute to reducing plastic waste by about 30 tons and 1.5-liter plastic bottles by about 1 million units starting from next year.