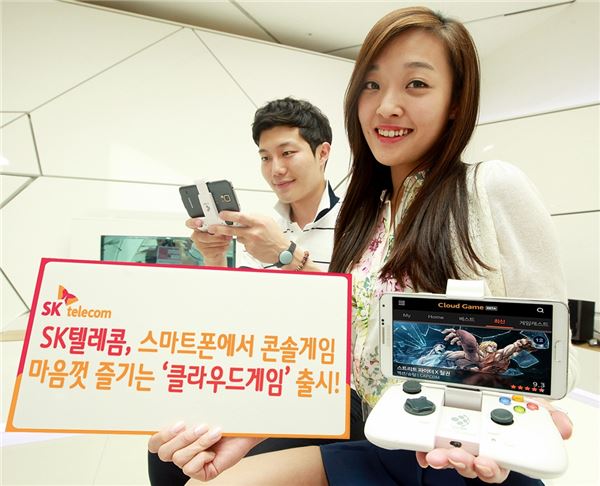 Cloud Game allows smartphone users to have access to the cloud server and play the game without the need for installing the game file individually. (image:SK Telecom)

SEOUL, June 26 (Korea Bizwire) – SK Telecom said on June 24 that it has launched a “Cloud Game” service by which users can play high-quality video console games available only on Xbox or PlayStation.

Cloud Game allows smartphone users to have access to the cloud server and play the game without the need for installing the game file individually. Any SK Telecom subscriber with an LTE service membership can download the cloud game app on the app market “T Store.”

Through Cloud Game, users can enjoy exciting games entirely different from casual games freely available on app markets for smartphone users. An SK Telecom official said that this is made possible by the newly introduced “Broadband LTE-A” service” on June 19 that is three times faster than the existing speed.

In addition to the Cloud Game launch, SK Telecom has also introduced two new rate plans, “cloud game pack” and “cloud game double pack” so that users can enjoy games without being limited by data restriction.

Both rate plans offer up to 1 GB and 2 GB of data a day at the price of 5,000 won and 9,000 won, respectively. For example, a user who has signed up for a cloud game double pack can play about 3 hours a day without incurring extra data charge.