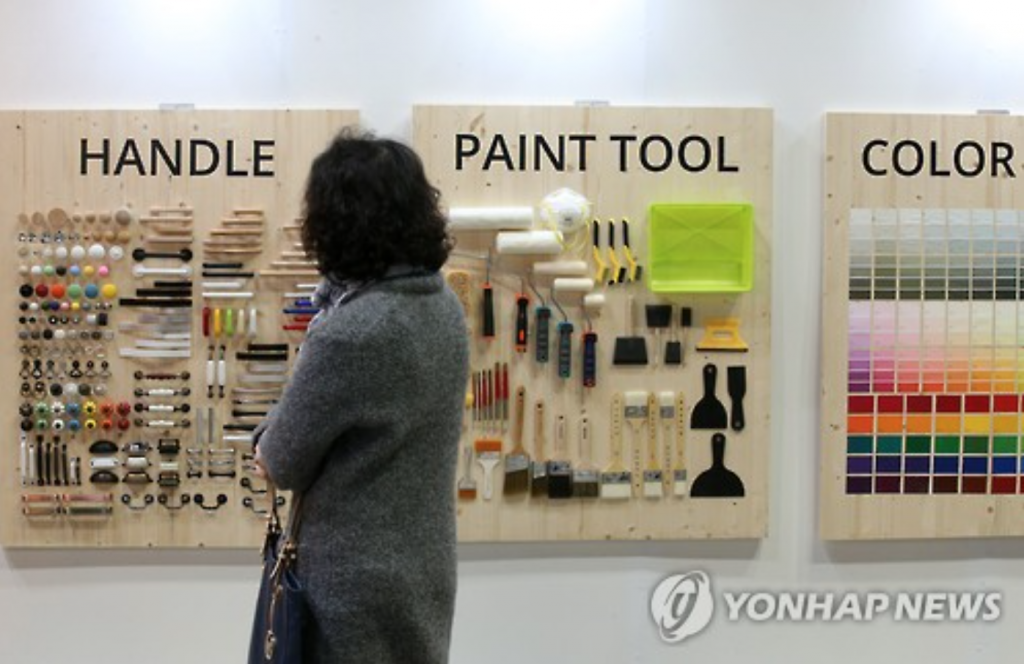 According to market research firm Nielsen Korea, the number of online mentions of “self-interior” related to “moving” on online communities and SNS platforms doubled from a monthly average of 5,256 in 2015 to 10,460 in 2016.

Nielsen pointed to the increase in both supply and demand for DIY interior design classes at culture centers and furniture or craft workshops as evidence of the trend.

Interest in furniture and home interior decors swelled significantly, seeing a year-on-year rise in terms of number of terms related to moving of 105 percent (to 40,659) and 155 percent (34,975), respectively. “Paint” on the other hand was rather stagnant, only increasing by 7 percent to 39,372.

“In 2015, people focused on changing the entire atmosphere of their homes with painting, for instance,” officials said. “Last year, people seemed to have used furniture and smaller décor items to reshape their homes.”

Nielsen added that “online housewarming,” where bloggers or SNS users share their tips on interior design and post before-and-after phots of their work, is popular among self-taught designers.

The number of online mentions of the term rose from 8,072 in 2015 to 11,881 last year, the company said, noting that newlyweds or young singles who often live in rental units are also seeking new interior designs to freshen up their living environment.

“Investing in a house that you’d only live in for a year or two would have sounded absurd in the past. But the new DIY trend is changing that perspective,” said officials. “This also goes in line with another consumption trend, in which people make bold investments in individual values, taste, and in what makes them happy.”