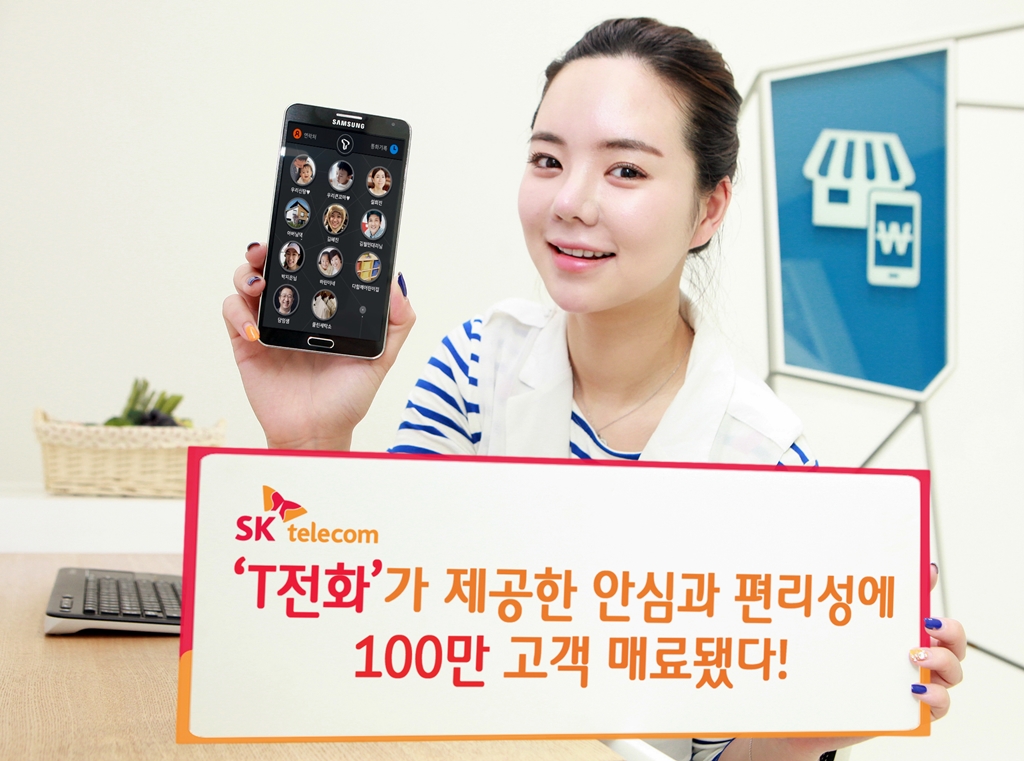 The “safe talk” feature in T Phone allows the user to decide whether to take the phone call or open a text message from an unlisted number by evaluating numbers registered in other users’ phone books, thereby reducing the instances of phishing and smishing.

In addition, the “T 114″ feature, which helps the user look up phone numbers in the order of proximity from the user’s location out of 1 million or so numbers without going through the directory service, has been popular among the users. The feature also provides websites and maps in addition to the phone numbers.

Other cool features such as the “home screen” that shows 12 most frequently used numbers and the “dashboard” that reveals the user’s rate plan and remaining data volume/voice minutes for the month have also received favorable responses.

Ha Tae-gyun, SK Telecom president responsible for product development, said, “We plan to come up with a series of innovative product and service offerings to allow our customers to feel the value in everyday life. Within the year’s end, we will launch the application programming interface so that external business operators could work together in the T Phone value ecosystem.”