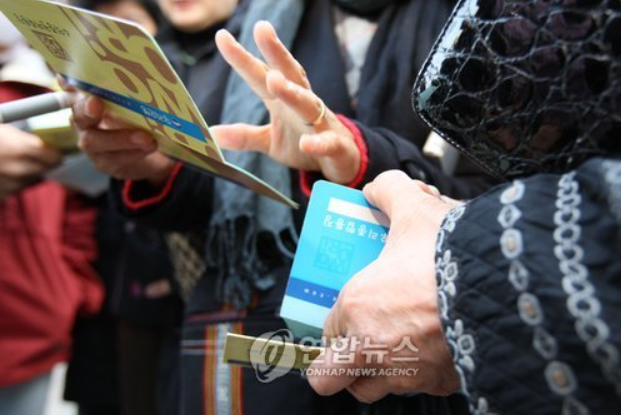 Bankbooks will no longer be issued from September 2017. (image courtesy of Yonhap)

SEOUL, July 30 (Korea Bizwire)-Bankbooks have been issued ever since banks were established in Korea.But aftermore than 100 years of existence, they are going the way of the dodo.

In addition, a system that can detect dormant accounts will be implemented, and canceling accounts will be possible via phone or Internet banking. In the latter half of next year, thousands of accounts that are no longer used will be closed.

These are the main contents of the ‘Innovation of the Financial Transaction Practice using Bankbooks’ guidelines announced by the Financial Supervisory Service(FSS).

Bankbooks have now becomea needless bother to consumers. Fees are charged when reissuing them (6 billion won a year in total costs). Withdrawing money is not possible without a bankbook, and risks of financial crime linger when one’s bankbook is lost.

As for finance companies, costs of between 5,000 won and 18,000 won, including 300 won for the cost of production and labor costs, are incurred to issue one bankbook.

However, because of the practice that people are accustomed to, the number of bankbooks issued until May 2015 was 270 million, and for 82.6 percent of the new accounts that were openedlast year, bankbooks were issued.

Considering the circumstances, for the period between September 2015 and August 2017, the FSS advised banks to give benefits to those who do not request paper made bankbooks as the first step towards acclimatizing customers to the new banking reality.

The targets are people who open new accounts, but those who need to have bankbooks reissued also have a choice. Lower fees, better interest rates, and small presents are being considered as the benefits banks will offer to customers who do not require bankbooks.

The second step will last from September 2017 to August 2020. Bankbooks will not be issued for new accounts,but exceptions will be made if the client is over 60 or wants to keep a bankbook to manage their finances.

The third step,starting from September 2020, will require customers to cover the costs of new bankbooks.

For clients who want their banking records, banks will issue other forms of documents that suit clients’ needs.

Secondly, the FSS suggested an easy way to track down dormant accounts and close them. This is because accounts that were not used for a long time were abused as fake deposit bankbooks, and social costs increased.

The FSS will set up a system that will allow clients to check all of their dormant accounts. In addition, banks will contact holders of accounts that have not been active for a long time. They will also look into closing bank accounts by phone or Internet instead of requiring customers to visit a bank branch.

Once the system to detect dormant accounts isset and the account closing process is simplified, under the permission of the account holders, banks will close all accounts with no activity for over 3 years that have deposits under 100,000 won.