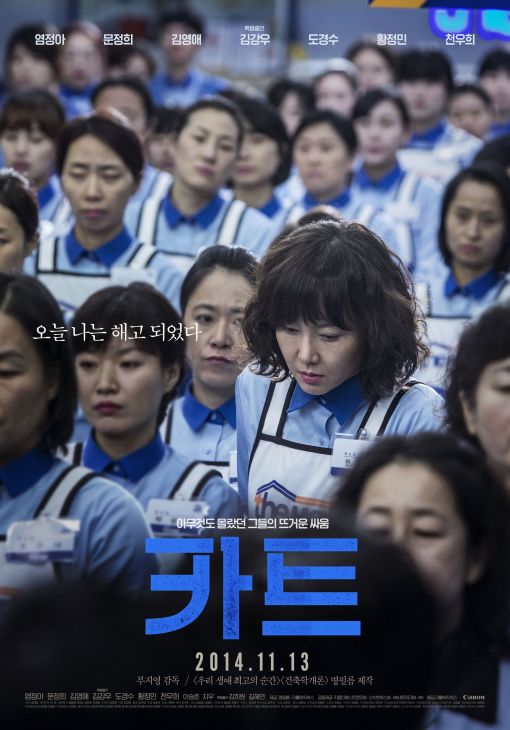 Film “Cart” which was released on November 13 throws a spotlight on the tragedy and reminds us how their life-and-death fight was like. (image: Film “Cart”)

SEOUL, Nov. 15 (Korea Bizwire) – South Korea’s non-regular workers are hopeless to become a permanent employee. The latest OECD Employment Outlook 2014 showed that one to two contract workers out of ten can win a permanent status in a year. Seven are still under fixed-term contracts and even two become unemployed. It means that the labor condition is the worst compared with other OECD countries. Three stories recently happened, in particular, clearly showing how temporary workers in South Korea actually live.

The first story is about female cashiers working in a large discount store. In 2007, right before the implementation of the Non-regular Employment Protection Law, one of Korean large companies E-land Group forced out the cashiers who had worked for its big box store Homever for a long time as the law would force employers to hire temporary workers whom they had employed for more than two years as regular staff. In order to reduce the labor costs, the company not only laid off about 600 contract workers, but also announced that it would outsource all the cashiers.

Fired workers were mothers, wives and breadwinners in their homes who made ends meet by working as a cashier. Their monthly salary was only about 800,000 won, or about US$730, which is still almost the same. The pink slip meant to them that they had to leave their job without any justifiable reason, and that they wouldn’t earn even that much small amount of money.

The powerless women decided to occupy the workplace for an overnight. All they demanded was to just let them work continually as they have done, not to win a permanent contract. Their initial plan was to protest over a night, but, as a result, it took a total of 510 days for them to go back to their workplace. Film “Cart” which was released on November 13 throws a spotlight on the tragedy and reminds us how their life-and-death fight was like. The movie tells Korean people not to forget the tears that those women shed for more than a year to protect their job.

The second story is about a 25-year-old woman who couldn’t help but commit suicide. She worked for the Korea Federation of Small and Medium-Sized Enterprise as a contract worker. In September 2012, she signed a four-month contract with the federation on condition of 40,000-won pay a day. As her performance was excellent, she entered into another six-month contract with the monthly salary of 1.5 million won in January 2013. At that time, her colleagues started to harass her sexually. When she expressed her desire to quit because of the harassment, her manager dissuaded her from quitting, saying that he would help her get a permanent status.

While she worked for two years with the hope of becoming a regular worker, she had to sign a total of seven contracts, three two-month contracts, three four-month contracts and one six-month contract. As the industry association refused to hire her as a regular worker, however, she was sacked at the end of her last contract period. Her manager didn’t take responsibility for his promises to her. When her hope for a full-time employee was crushed and her efforts to endure the sexual harassment became useless, she killed herself.

The Non-regular Employment Protection Law limits temporary contracts to two years, which is to prevent employers from hiring only temporary workers. However, a lot of companies abuse the law by employing workers only two years and firing them right after the expiration of the contract. “Split Contract” for which the young woman had to sign is one of bad expedients employers usually take. The Minister of Employment and Labor Lee Ki-kwon promised on November 2 to devise measures to prevent the Split Contract. But a promise without practice doesn’t make any change at all and the young worker already passed away. 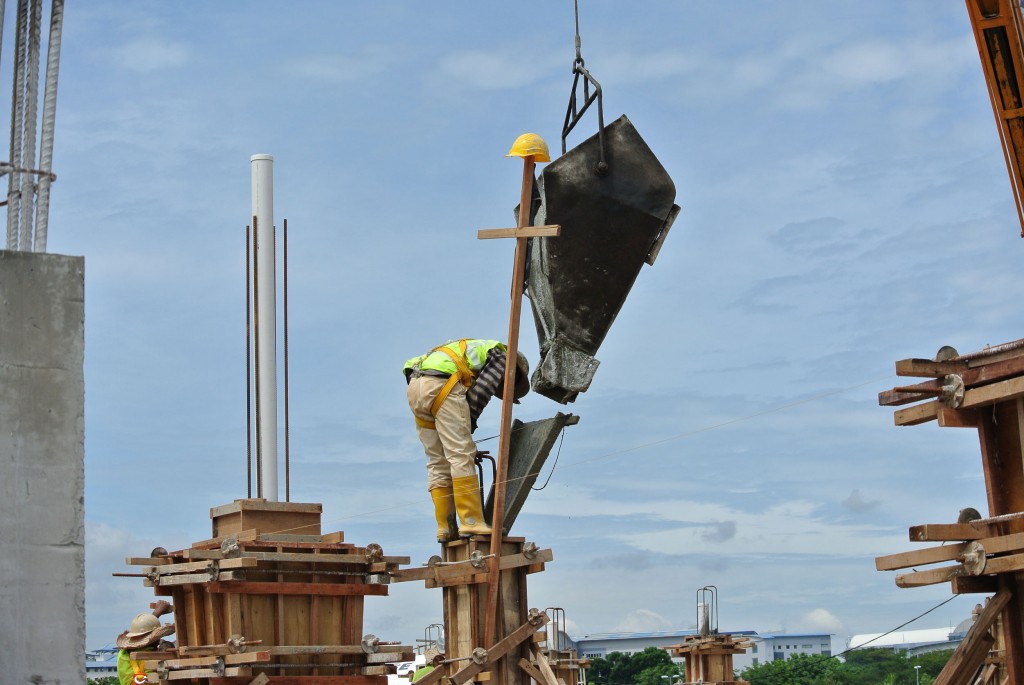 Non-regular or temporary workers are creating a peripheral class that has grown too big to ignore. (image: Kobizmedia)

The last story is about a security guard at an apartment who set himself on fire. A 53-year-old janitor drenched his body with inflammable liquid and then ignited himself with his cigarette lighter at his workplace in posh Apgujeong-dong, Southern Seoul. He was transported to a hospital and treated but eventually passed away in a month. He reportedly killed himself because of a resident who had treated him like a second-class citizen. The old lady continued to nag him about his performance in cleaning and recycling. She even sometimes threw almost soggy bread or cookies at him like people do to their pet. The victim got stressed too much but he couldn’t say anything to her or his boss as he was a powerless janitor.

Security guards at apartments are particularly in a vulnerable status in their workplaces in South Korea. They are employees of a subcontractor, which signs an agreement with an apartment management office to provide its workforce to the building. The complex relationship between an apartment and caretakers makes it easy for them to be fired. That is why they can’t go against residents who demand unfair tasks such as a private errand.

As they usually work 24 hours on alternate days, they even have no time to sleep. Even though some can have an official recess, they actually have to work even at the recess when residents ask them to do something. After the hard work, all they get is 1 million to 1.5 million won a month. The guards themselves say that they have been treated inhumanely.

The three stories are the self-portrait of our society. Even though one of President Park Geun-hye’s major promises was to solve the problem of non-regular workers, the situation is getting worse and worse. The number of temporary employees as of August this year hit a record high, representing 6,077,000, up by 131,000 compared with the previous year, according to data released by the National Statistical Office. The gap of salary between regular workers and contract staff was 1,151,000 won, equivalent to a monthly salary of a security guard in Korea.

“If the government really wants to revive the sluggish economy, it should first improve their income and give benefits by allowing non-regular workers to win permanent contracts. It is more effective in reviving our economy rather than encouraging the housing market,” said Han Jung-ae, spokesperson of the opposition New Politics Alliance for Democracy.