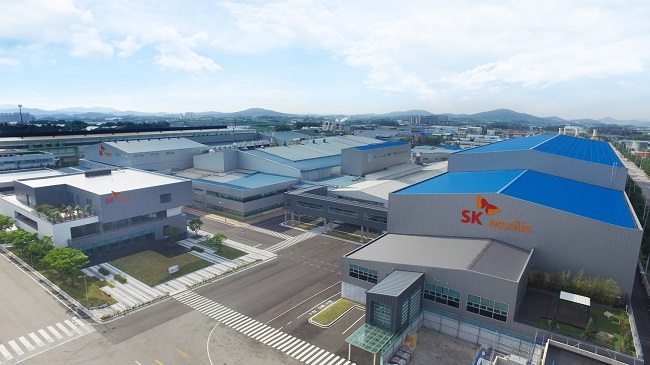 This photo, provided by SKC Co. on June 1, 2020, shows SK Nexilis’ plant complex in the southwestern city of Jeongeup, where a sixth plant will be built.

SEOUL, June 1 (Korea Bizwire) — South Korean chemicals maker SKC Co. said Monday that it will invest 120 billion won (US$98 million) to build a new plant for its copper foil subsidiary in an effort to help cement the latter’s market position.

The company will break ground on SK Nexilis’ sixth plant in the southwestern city of Jeongeup in August this year for completion in the first quarter of 2022, said SKC, a unit of South Korea’s No. 3 conglomerate SK Group.

The factory will have an annual capacity of 9,000 tons, raising SK Nexilis’ total capacity to 52,000 tons.

Copper foil is a key component of lithium-ion batteries for electric vehicles (EVs). The global market has been expanding rapidly on the back of fast-growing EV sales.

KCFT was the top player in the global cooper foil market in 2018, with a 15 percent market share. Its major customers include EV battery makers LG Chem Inc., Samsung SDI Co. and Panasonic Corp.