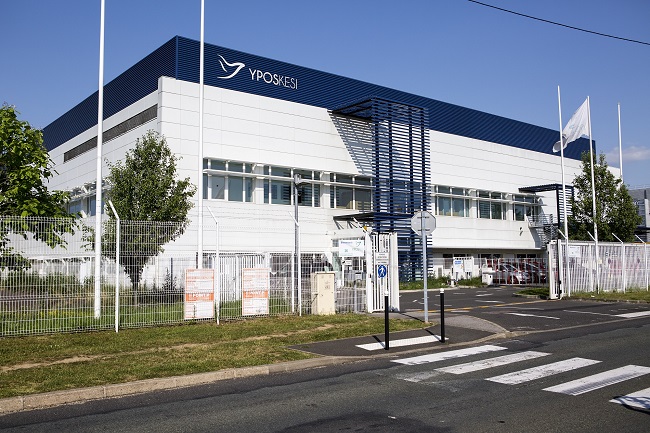 The production facility of Yposkesi, a France-based Contract Development and Manufacturing Organization (CDMO) specializing in cell and gene therapies, is seen in this photo provided by SK Inc., a major shareholder of the French bio firm on June 14, 2021.

In March, SK acquired a 70 percent stake in Yposkesi, a France-based Contract Development and Manufacturing Organization (CDMO) specializing in cell and gene therapies, to expand its presence in the burgeoning biologic CMO market.

The latest deal is SK Inc.’s third acquisition in the global CMO sector after taking over global drugmakers such as Bristol Myers Squibb in 2017 and AMPAC in 2018.

Yposkesi is investing $71 million to double its production space in its existing facility near Paris to 10,000 square meters, which would become one of the largest advance therapy medicinal products facilities in Europe, the Korean firm said.

The second plant is scheduled to come online in 2023 after receiving approval from drug safety regulators in Europe and the United States, to better meet rising manufacturing demand from its clients, SK said.