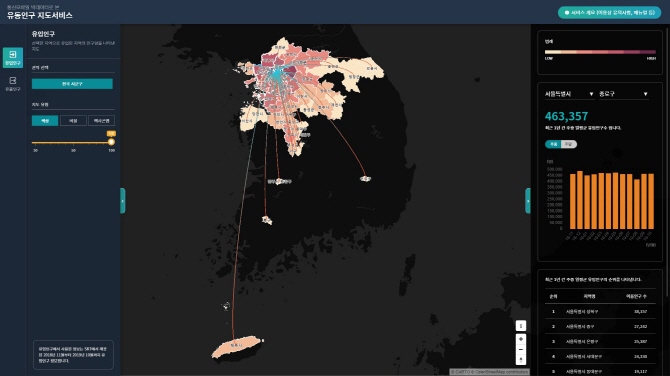 The service combines mobile data collected by SKT’s base stations nationwide and Statistics Korea’s data on population and households, according to the mobile carrier.

The two sides in May signed an agreement to develop big data-based statistics services.

SKT said the service will show floating population information of cities and neighborhoods in South Korea.

Users can check population inflows and outflows in a certain region on Statistics Korea’s website that will also provide weekly and monthly data.

The company said it will further cooperate with the statistics agency to upgrade the mapping service regarding the population movement.