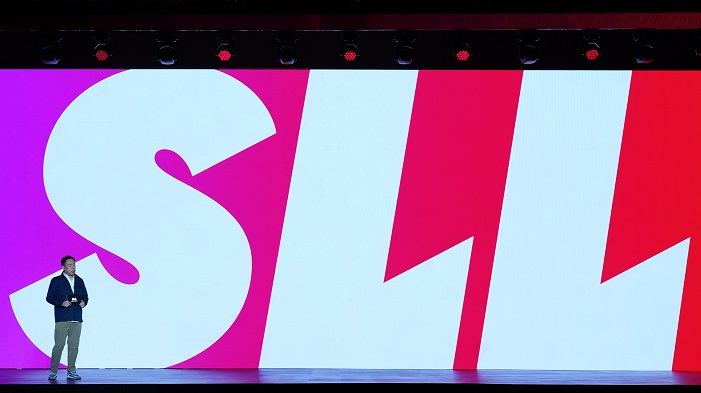 In this photo provided by SLL, CEO Jung Kyung-moon speaks during a press conference held in downtown Seoul on April 19, 2022.

“We’ve recently changed our name to SLL, or Studio LuluLala, from JTBC Studios,” SLL CEO Jung Kyung-moon said in a press conference. “The name change reflects our determination to become a leading production house in the world entertainment industry.”

To achieve the goal, he said his company will funnel 3 trillion won into content creation by 2024 and expand its overseas business in the United States and Asia.

SLL, the production arm of South Korean cable TV network JTBC, has 15 subsidiary studios including Climax Studio, which produced the hit Netflix original “Hellbound,” Film Monster, which made the zombie thriller “All of Us Are Dead,” and Zium Content of the popular drama “Itaewon Class.”

Last year, it acquired American studio Wiip, which is behind HBO hit “Mare of Easttown,” as part of its move into the U.S. production market.

SLL posted 588.8 billion won in sales in 2021 with 26 titles, becoming the biggest production in South Korea in terms of annual sales. 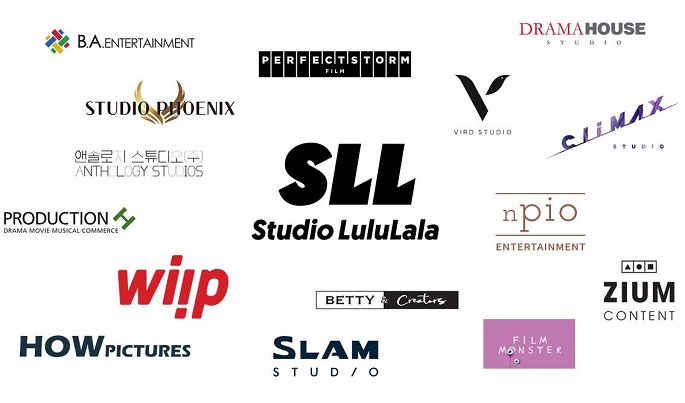 This image provided by SLL shows the company’s subsidiary studios.

Among them are the fantasy drama “The Youngest Son of a Conglomerate,” starring Song Joong-ki, the upcoming Netflix originals “The Sound of Magic,” “The Accidental Narco” and “Money Heist: Korea – Joint Economic Area.”

SLL said as part of its global business, the company will launch a new studio in Japan later this year to provide Korean popular content and produce Japanese-language titles. In Singapore, SLL will set up a local unit to create content tailored to Southeast Asian viewers.

Also, it is considering establishing a U.S. unit and expanding partnership with other American studios to take part in more Hollywood projects.

“Japan is a longtime content powerhouse and loves Korean content,” Jung, the CEO, said. “And we are also preparing for next generation businesses, like non-fungible tokens and metaverses, using our intellectual properties.”