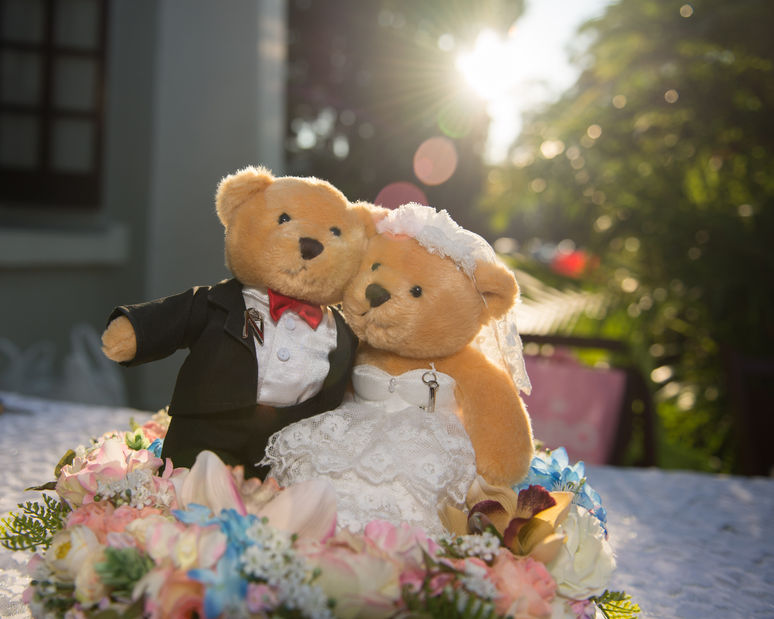 A rising number of consumers are also seeking wedding ceremonies that are more unique and personal rather than ones provided by wedding planners, which are often too common and lack individuality. (image: KobizMedia/ Korea Bizwire)

SEOUL, July 4 (Korea Bizwire) – Wedding ceremonies are considered to be some of the biggest family events for Koreans. In fact, weddings are so important that a recent study conducted by wedding consulting firm Duo Wed showed that an average of 82,460,000 won ($72,000) is spent for a wedding ceremony in Korea.

But there has been a shift in wedding culture in recent years among those who prefer smaller-sized, so-called ‘self-weddings’, signaling a growing DIY trend in the Korean wedding market.

Both services point to an increasing number of brides and grooms opting for small weddings or self-weddings.

Such wedding ceremonies are often held at parks or restaurants with a handful of close relatives and friends, contrary to conventional weddings that are often held at wedding halls or hotels with hundreds of guests. These weddings are usually prepared by the bride and groom without the help of wedding agencies.

Wedding agencies, or wedding planners, were once popular go-to services for soon-to-be-married couples and offer various wedding package options, with the most popular being an SDM package (Studio photos, Dress rental, Make-up). However, these packages range in price from one million won ($872) to more than 10 million won ($8,727), and have been subject to consumer complaints related to overcharging.

A rising number of consumers are also seeking wedding ceremonies that are more unique and personal rather than ones provided by wedding planners, which are often too common and lack individuality.

“The small, self-wedding market is growing and centered around young consumers who prefer reasonable and realistic lifestyles,” said a Gmarket official. “Opting for a self-wedding can reduce the overall cost of getting married and at the same time be more personal, which is why  related sales are steadily increasing.”

The retail industry is rushing to enter the newly-emerging wedding market. 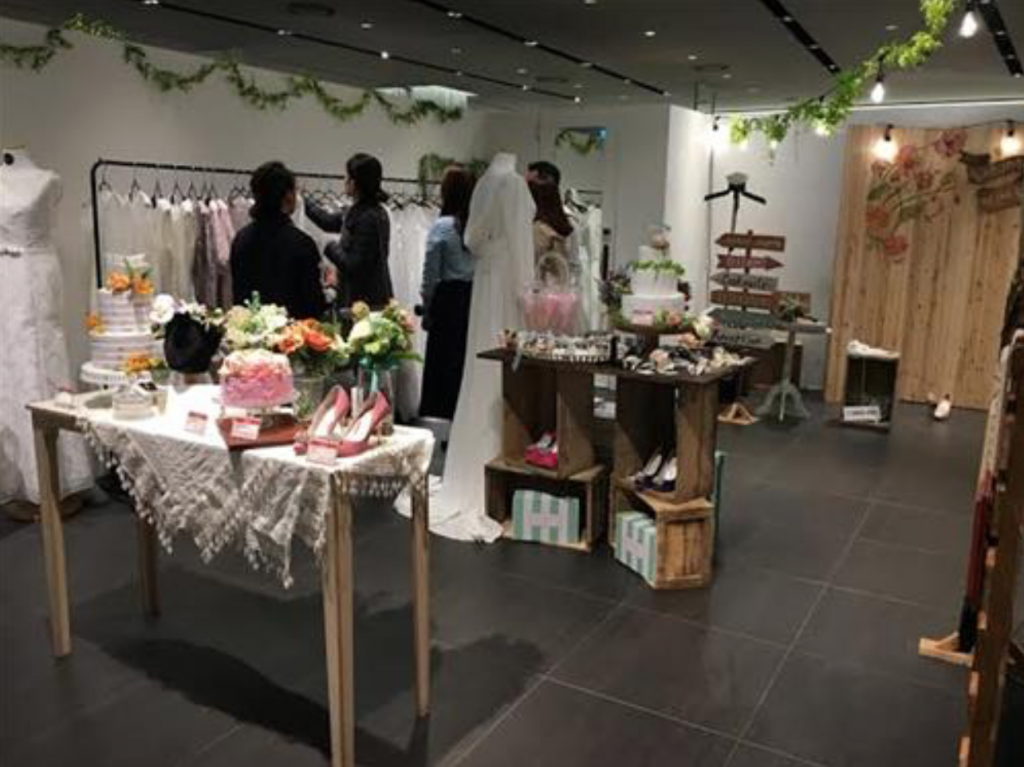 Hyundai Department Store was the first to present self-wedding pop-up stores in April (Samseong-dong branch) and June (Pangyo branch). The stores were met with positive responses, and the company is planning the official launch of a self-wedding corner in its stores.

“We’ve had promising consumer feedback about our pop-up stores for offering relatively cheap wedding dresses and shoes that customers can purchase at one designated store,” said a Hyundai Department Store official. “Visitors were also fond of our consulting service that offered tips on small-wedding preparation and self-wedding photos.”

“Seventy percent of customers were in their 20s and 30s, all preparing for a wedding ceremony, with a re-visit rate of 40 percent,” he added.

However, not everyone agrees that this latest trend is more affordable or reasonable, and some think that it will just end up as another gimmick.

“I wanted my wedding to be special, more like a party joined by a handful of close friends,” said Yoo Ji-in, a 30-year-old office worker getting married in August. “So I looked for a wedding dress, make-up artist, photographer, and restaurant rental, and I calculated that it would cost more than a having a conventional wedding. I even got the impression that businesses were taking advantage of the fact that a wedding is once-in-a-lifetime event and that it must be special.”

A wedding industry official also disagrees that the new trend is a more affordable option.

“The wedding industry has been saturated for years, which is why for businesses this latest trend is good news since it’s profitable for them. And of course, consumers are seeking something more than simply a cheaper kind of wedding, which ultimately leads to increased costs. So I think it’s more accurate to call them ‘small luxury weddings’.”