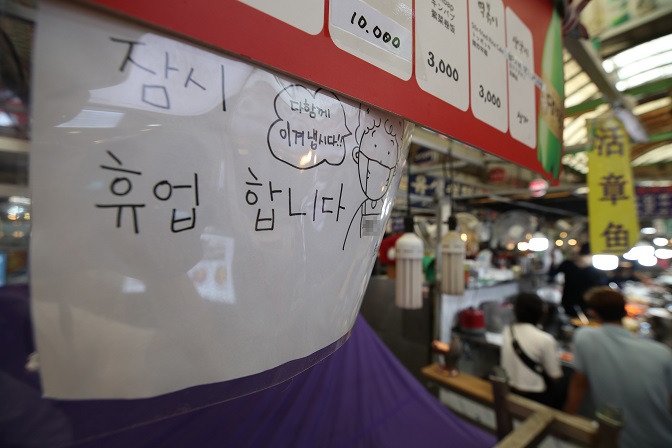 The survey of 400 former small merchants across the nation showed that they were forced to go out of business an average of 6.4 months after opening a store.

Slightly over 48 percent replied they shut down within three months of establishment, while 15.5 percent said their stores remained open for 10 to 12 months.

The prime reason for their shutdowns was slumping sales (66.3 percent), followed by personal reasons (8.8 percent) and a lack of working capital (4.8 percent). Those small merchants were burdened with an average debt of about 40 million won.

The Small Enterprise and Market Service submitted the results of the poll conducted in late April to the National Assembly for an annual parliamentary inspection of the government.

According to the service, the number of out-of-business small merchants in Asia’s fourth-largest economy stood at roughly 1 million in 2018, up from 790,000 in 2015.