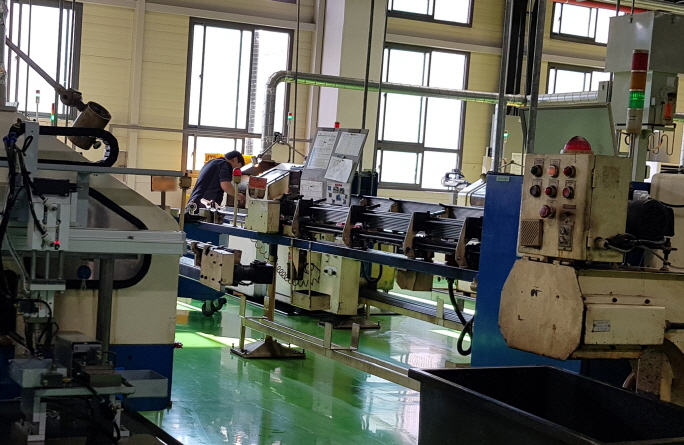 SEJONG, Nov. 5 (Korea Bizwire) — Small and midsize manufacturing firms in South Korea have suffered the sharpest drop in output in nine years in 2018 due mainly to a slump in the country’s automaking and shipbuilding sectors, government data showed Monday.

Production by smaller manufacturers with fewer than 300 employees shrank 4.3 percent on-year in the first nine months of 2018, the largest drop since the 8.8 percent dip posted during the same period in 2009, according to the data by Statistics Korea.

Smaller manufacturers’ output drop was larger than that for big manufacturers. Large manufacturers saw their production dip 0.4 percent on-year in the nine-month period.

The big businesses suffered the first drop in three years, but the decline was smaller than a 1.1 percent setback recorded in 2015.

The statistical agency said smaller manufacturers engaging in the auto parts, metalwork and plastics businesses suffered big setbacks as the impact of the slumping car and shipbuilding industries spilled over into them.

Production by smaller apparel makers also sank by a wide margin recently due to the rise of China’s manufacturing sector and the overseas relocation of their factories, it added.

Industry watchers said it seems inevitable for small and medium-size manufacturers to take a hit from business difficulties facing their bigger counterparts, including automakers and shipbuilders.

At the height of the global financial crisis in 2009, South Korea’s smaller manufacturers posted an 8.8 percent on-year decline in production, more than double the 4.3 percent fall registered by big manufacturing firms.

According to the agency, the situation was also bad for small and midsize service companies during the January-September period amid the country’s overall economic slowdown.

Their output edged up 1.6 percent on-year in the first nine months. It was lower than the previous year’s 2.1 percent increase and the lowest on-year gain since the agency began to compile related data in 2015.