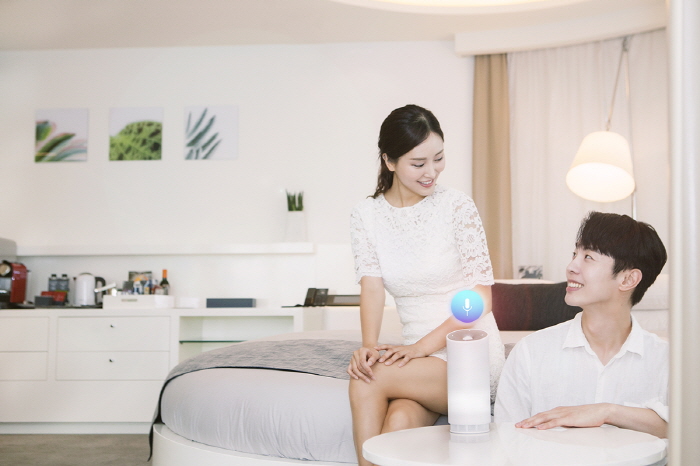 In a report, the science ministry said new tech services continued to rack up fast growth this year thanks to lifestyle changes amid the pandemic.

Cumulative sales of artificial intelligence (AI)-based speakers from the country’s major telecom firms — SK Telecom Co., KT Corp. and LG Uplus Corp. — rose 45.7 percent to 8.6 million units in March this year from the previous year, according to the ministry.

There were also 93 self-driving vehicles being tested in the country as of March, compared to 62 from the previous year.

Other smart devices also experienced growth, as the number of registrations for internet-of-things devices grew 21.6 percent to 26.1 million in June from the previous year, while drone registrations jumped 41.7 percent to 13,234 units over the same period, according to the ministry.

Earlier this year, South Korea laid out an ambitious stimulus plan, the digital New Deal, to develop new tech industries and create over 900,000 new jobs by spending 58.2 trillion won (US$50 billion) by 2025.