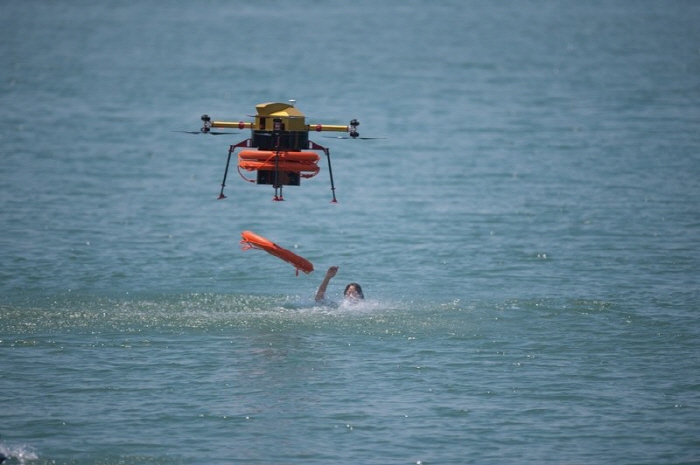 The rescue drones are designed to reach the survivors of an accident at sea faster than lifeboats, and rescue them before it’s too late. (image: Soomvi Co.)

Researchers from the Korea Aerospace University conducted an on-site drone test at Jumunjin Beach in Gangwon Province, which turned out to be successful.

The rescue drones are designed to reach the survivors of an accident at sea faster than lifeboats, and rescue them before it’s too late.

A single drone can drop various rescue equipment near survivors to create a safety zone, while making contact with a nearby control station to send GPS coordinates and HD-resolution video footage.

The research team plans for additional upgrades, including additional lighting systems in case of accidents at night and a communication system to enable rescue agents to communicate with survivors.

“Previous drones that were designed as either rescue, guide, or camera drones fail to reflect the realities of a sea accident and the emergency that comes with it,” said Prof. Kim Byung-kyu, head of the research team.

“That is why we created a Smart Multifunctional Drone that carries multiple cutting-edge technologies all at once.”

The research team established ROBOTNEXT, a startup company, to commercialize the rescue drones.