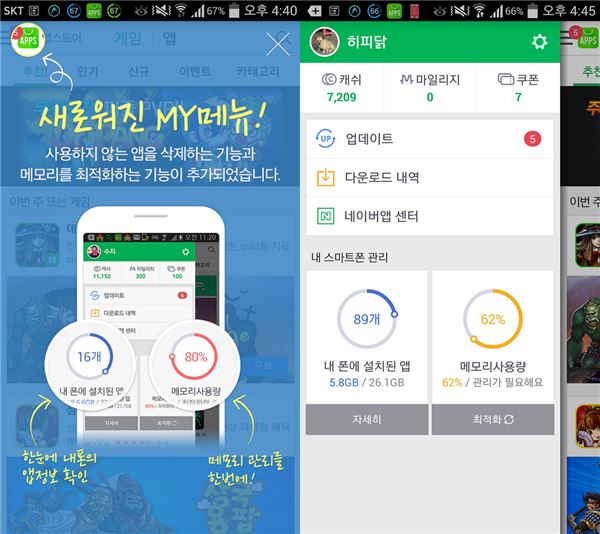 With the new feature, Naver App Store users can browse all the apps installed on the smartphone and align them in various orders including installation dates, volumes and alphabets.(image:Naver)

SEOUL, May 10 (Korea Bizwire) – On May 9, Naver App Store, run by Korea’s No. 1 web portal service provider Naver, announced that a feature which manages applications (apps) and memories installed on smartphones effectively has been added to the App Store.

With the new feature, Naver App Store users can browse all the apps installed on the smartphone and align them in various orders including installation dates, volumes and alphabets.

Also the “run” and “delete” buttons are made for each app to enhance functionality. If an app is downloaded from Naver App Store, a separate app list is provided for a quick update.

Moreover, there is a “memory management” function by which users can check the memory usage and optimize their smartphones. By pressing the “optimization” button unused memories are cleared instantly.

A Naver official said, “As functionality of a smartphone is increased, app management has become more important; therefore, we plan to provide various functions to help users make the best use of apps installed on their phones.” The features are available not only on the Naver App Store App but also on Naver App.