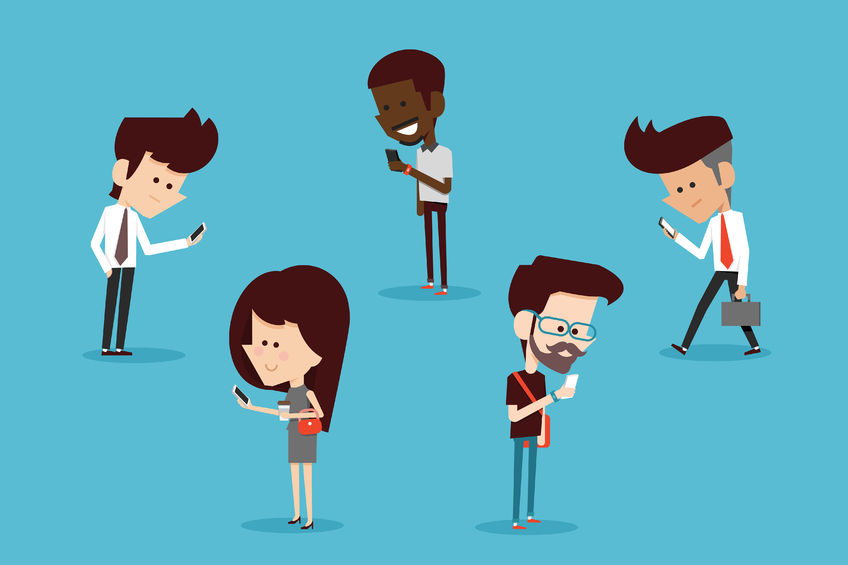 According to figures from the Ministry of Science, ICT and Future Planning and the Korea Transportation Safety Authority (TS), the number of accidents of smartphone use while walking nearly doubled from 2011 to 2015. (Image: Kobiz Media)

SEOUL, July. 2 (Korea Bizwire) — With over seven in 10 people using a smartphone, it’s not a rare sight in South Korea to see pedestrians walking down the street blissfully oblivious to their surroundings, or a subway train carriage packed with commuters completely immersed in what’s on their phone screen.

Though it might seem like an innocuous habit that is part and parcel of commuting in a technologically advanced country, there is mounting evidence which suggests an increasing number of people are bumping into each other while walking because of smartphone use, as evidenced by video footage of a woman in the U.S. plunging headfirst into an open cellar door that went viral earlier this month.

“She regularly takes on schedule her meals and checks her sugar. As far as I was told, when she was walking down the street, she felt a little nauseous in a sense, and looked at her phone to see what time it was,” the son of the woman who fell into a basement while distracted by her phone said in an interview with CBS New York.

Though the case of the New Jersey woman might be extremely rare, latest statistics show smartphone addiction, whether the case is casual or severe, is increasingly hurting people in public, even in South Korea.

According to figures from the Ministry of Science, ICT and Future Planning and the Korea Transportation Safety Authority (TS), the number of accidents of smartphone use while walking nearly doubled from 2011 to 2015.

When the TS conducted another survey in 2013, over 9 in 10 respondents said they had used their smartphone more than once while walking, with one in five respondents having had a near-miss accident experience.

According to professor Kim Ki-jeong at the School of Exercise & Sport Science, something as simple as exchanging texts while walking can severely impair our spatial awareness.

His research team found a link between excessive smartphone use and a lack of spatial sense after conducting a study where 20 university students were asked to send texts while walking on a treadmill, during which the brain reaction rate nearly halved while the reaction time increased.

As the brain focuses on moving fingers and comprehending content on the screen, information overload is caused on our short-term memory, disturbing our sense of spatial awareness.

More worryingly, an increasing number of people are now watching videos on their phone, instead of listening to music or texting, which heavily dominated mobile phone use in the past, leaving people with impaired vision as well as hearing.

Last year, the Seoul Metropolitan Government attempted to address the issue of dangerous use of smartphones by trialing warning signs, with little to no impact however. 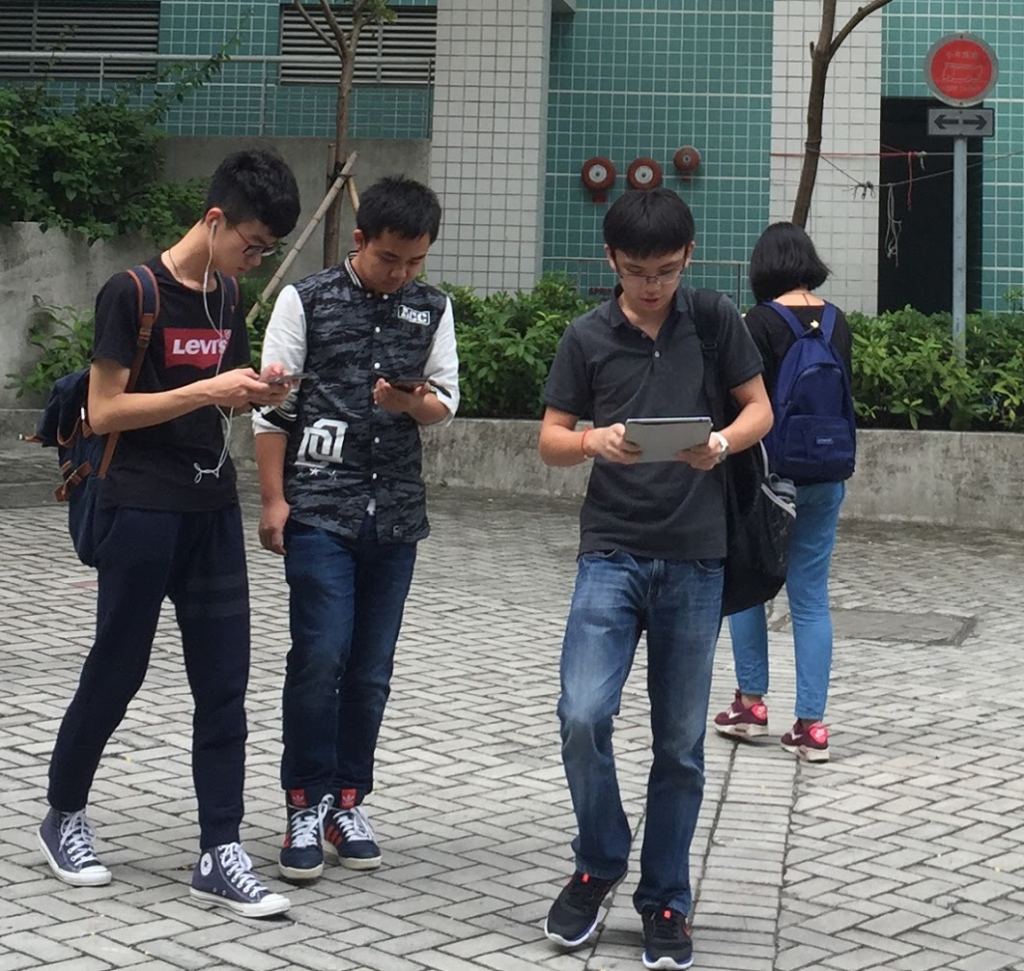 According to figures from the Ministry of Science, ICT and Future Planning and the Korea Transportation Safety Authority (TS), the number of accidents of smartphone use while walking nearly doubled from 2011 to 2015. (Image: Wikimedia Commons)

With a growing number of smartphone users, smartphone addiction is becoming an issue that many countries find themselves facing, some of which are showing a more proactive attitude towards dealing with those suffering from severe addiction to their phone, which has become a staple of modern life inseparable from humans, who are also known as ‘smartphone zombies’.

In fear of a possible outbreak of smartphone zombies, warning signs of smartphone use while walking have been set up in Sweden and the U.K., while cities in China and Belgium have introduced special lanes strictly for smartphone users so as to prevent them from accidently bumping into others.

In the American state of New Jersey, a bill was proposed last year in a bid to ban excessive smartphone use with a fine of 50 dollars imposed on pedestrians using their cellphones while walking on publicly owned streets without the assistance of hands-free devices.

In Hong Kong, where excessive smartphone use has become a social phenomenon in recent years, those carelessly wandering around while immersed in their own little mobile world have earned the nickname ‘dai tau juk’, which means the ‘head down tribe’ in Cantonese.