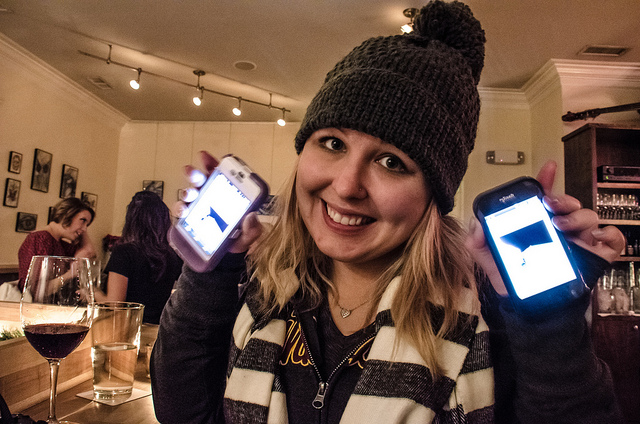 A study shows that smartphone users lead happier life than those who do not use smartphones. (image: m01229/flickr)

SEOUL, July 3 (Korea Bizwire) – A study shows that smartphone users lead happier life than those who do not use smartphones. 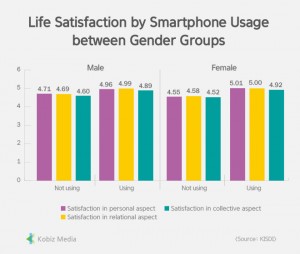 According to a report “Correlation between Smartphone Using and Life Satisfaction” by the Korea Information Society Development Institute, the satisfaction index in personal life such as achievements, health and personality of smartphone users was 4.98 (out of 7.0), slightly higher than that of non-smartphone users, which was 4.62.

When the indexes were broken down to age groups, the life satisfaction levels of smartphone users were found higher in all age groups above 20.

For teenage group (from age 13-19), the life satisfaction index of non-smartphone users were shown higher than that of smartphone users; such result seems to be due to stress in school. The difference in the scores was shown largest in age group of 40s.

When the results were examined apart from smartphone usage, the life satisfaction generally kept in elevation from teenage group to 30s, but started declining from 40s. Examined by gender, males were shown more satisfied with life than females.